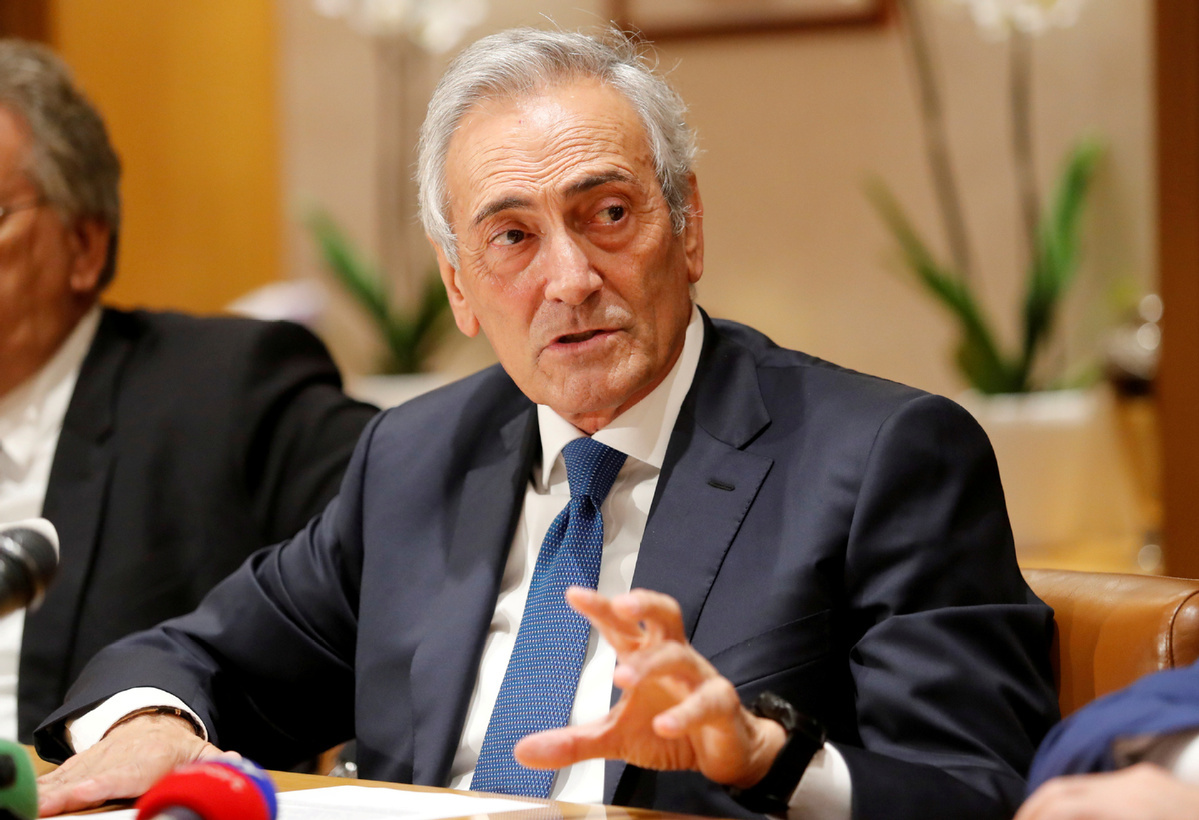 ROME - Italy's top football league is "heading toward" restarting, one of the country's top health officials said Friday, with details on logistical and health protocols still being worked out.

Officials from the Italian Football Federation have been meeting with state health officials all week to finalize when the season can restart and under what rules.

The last games in Italy's Serie A were played exactly two months ago, the day before Prime Minister Giuseppe Conte announced the country's nationwide lockdown in an effort to curb the spread of the coronavirus. A total of 114 scheduled regular-season games have been postponed.

On Friday, Sandra Zampa, Undersecretary of State at the Ministry of Health, said the details of the return to play are being worked out.

"We are heading towards a solution and it is the solution that football fans want," Zampa told reporters Friday.

Football players were allowed to voluntarily resume training at team facilities on Monday. Two weeks later, on May 18, team training will be allowed to restart with some restrictions. Assuming there are no setbacks, games could start soon after that.

"If the pandemic remains under control, more (industries) will reopen, including football," Zampa said.

The undersecretary's comments come after the owners of the 20 Serie A teams voted unanimously to continue the season in late April.