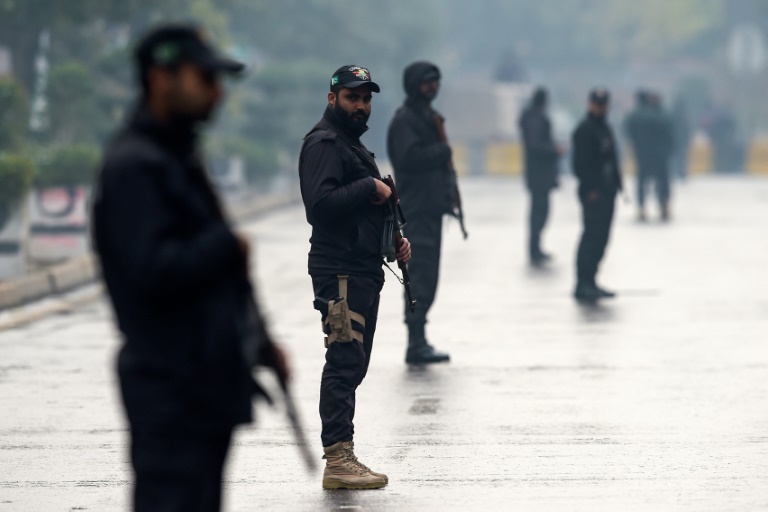 Tight security ringed Rawalpindi cricket stadium on Wednesday as Pakistan hosted their first Test match since a deadly attack on Sri Lanka's team ushered in a decade of sporting isolation.

Despite being targeted in the 2009 guns-and-rocket assault, Sri Lanka has returned for two Tests in Rawalpindi and Karachi which Pakistan hope will help convince other teams to visit.

Eight people were killed and several players and officials were wounded when militants attacked a convoy of buses headed for Lahore's Gadaffi Stadium for the second Test in March 2009.

"Of course, a historic day in Pakistan cricket and we all are excited," Pakistan captain Azhar Ali said at the toss. "We want to make this occasion memorable by winning so all geared up."

Visiting skipper Dimuth Karunaratne, one of several players who opted out of Sri Lanka's limited-overs tour of Pakistan in September and October, said he was keen to get the game underway.

"We are all excited and once the game starts the focus will be on cricket," Karunaratne said.

Security was thick around the stadium with heavily armed police keeping a careful eye on fans, while roads into the venue were sealed off -- adding further chaos to Rawalpindi's perennially gridlocked traffic.

Despite the heavy security presence, fans were beaming as they walked into the grounds, with many of them attending their first live Test match.

As the stands slowly started to fill up, with fans waving Pakistan flags and blowing horns, the Test got underway on a rain-soaked pitch following early morning showers.

The absence of international cricket has been keenly felt in Pakistan, a hotbed of the game, with significant reputational damage and "substantial" financial losses, according to the Pakistan Cricket Board.

"Pakistan's losses due to non-hosting of international cricket have been substantial," chief executive Waseem Khan told AFP in the build-up to the game.

"Pakistan cricket supporters have been denied the opportunity to see their heroes play live in our national stadiums."

The 2009 attack slammed the door shut on international sporting fixtures in cricket-loving Pakistan as foreign teams refused to visit over security fears.

Pakistan has been forced to play their home matches on neutral ground in the United Arab Emirates, meaning all of their team are taking part in their first Test on home soil.

International cricket began making inroads back into the country when Zimbabwe became the first team to play in Pakistan in 2015, paving the wave for a smattering of Twenty20 matches ever since.

But Test matches -- considered the pinnacle of international cricket -- have until now remained absent. The second Test is in Karachi from December 19.