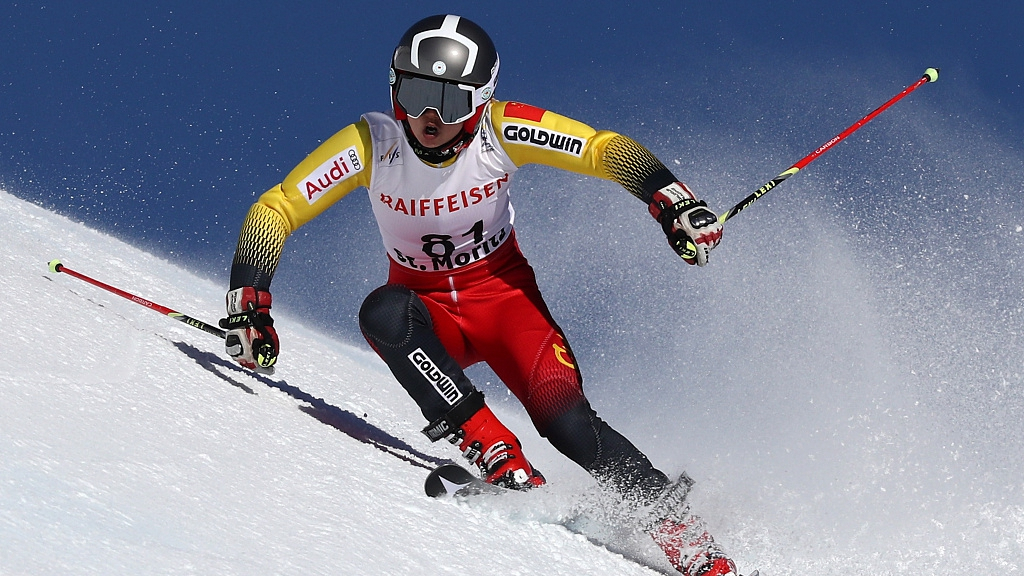 The athletes from the traditional Alpine skiing national powerhouse were Ni Yueming, with a combined time of two minutes 0.79 seconds; Zhu Tianhui, 0.46 seconds behind Ni; and Kong Fanying, who trailed the winner 1.01 seconds.

Ni, a member of the national team, contributed her victory to effective training overseas. "I connected well between steep slope and gentle slope today, and I managed to allow fewer errors," said Ni. "In the last few years, I have been taking trainings abroad, preparing for the 2022 Beijing Olympics, and these trainings turned out to be fruitful."

In the men's competition, Akcholi Murat awarded Jilin the first national gold medal from Alpine skiing since 1979, timing an overall 2:04.70.

Cong Liang from PLA was second, 0.40 seconds adrift. His teammate Gao Qun was further 0.55 seconds behind.

Murat is also a beneficiary from national team experience. "On this event, confidence plays a great part. I have been trained by foreign coaches in the national team, taking in new ideas and new skills," he said, adding "The training overseas helped me improve a lot both physically and technically."