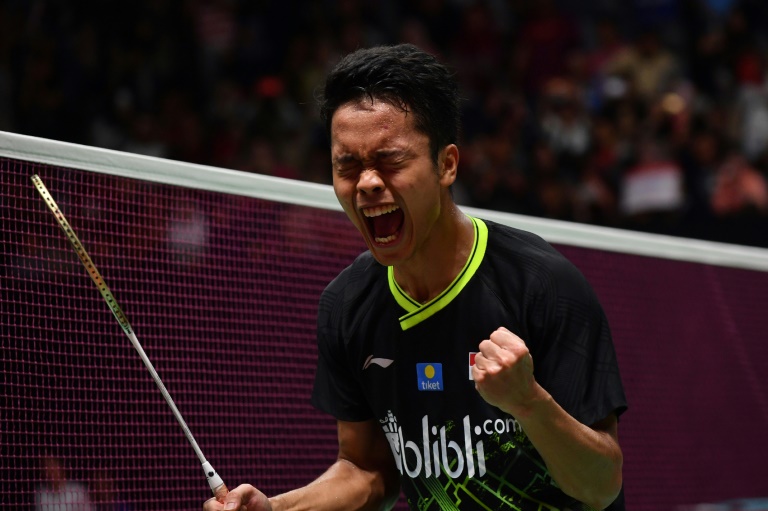 Ginting clinched victory after Denmark's Antonsen took the first game in a 17-21, 21-15 and 21-9 duel that stretched over one hour and 11 minutes.

"I am really happy to win at home. This motivates me to go further in the future including for the Olympics," Ginting told reporters in Jakarta.

Antonsen tipped his hat to the winner.

"I started out playing good at the first set. Anthony was playing better and better and yeah, I was not able to keep my level high," the defeated Dane said.

Former world champion Marin also suffered the sting of defeat after losing the women's final to Intanon who scored a 21-19, 11-21, 21-18 victory.

The Spaniard pulled out of last year's final due to injury.

"I don't know if I can feel happy or sad because I could not win here. It was one of my goals when I got the injury last year," Marin said.

"She was better than me today."

The competition did not feature world number one Kento Momota after the Japanese superstar was injured in a car crash that killed his driver and left him with minor injuries in Kuala Lumpur.