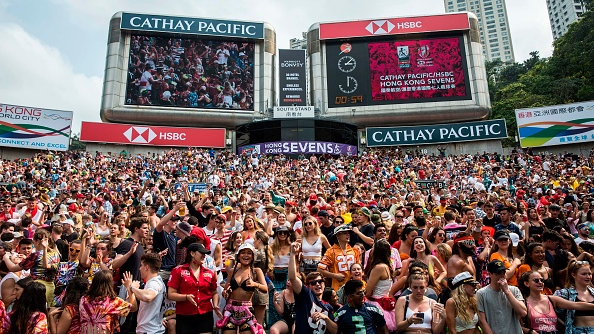 The Hong Kong and Singapore Sevens have been rescheduled due to concerns regarding the on-going Novel Coronavirus (COVID-19) outbreak, World Rugby announced on Thursday.

A statement from the sport's world governing body said the Singapore Sevens will now take place on October 10-11, while the Hong Kong Sevens will complete the 2020 series on October 16-18.

The decision, taken with the Hong Kong Rugby Union and Sport Singapore, means that the two legs will conclude the 2020 HSBC World Rugby Sevens Series season.

"The health and safety of our players, fans and everyone working on the event is always our highest priority. This prudent decision has been taken in order to help protect the global rugby community and the wider public and was taken based on the World Health Organisation and relevant public authority travel and health guidelines. The decision is fully supported by stakeholders, including unions and commercial partners."

World Rugby said that tickets officially bought by fans for the two rescheduled events remain valid and that a full refund will be offered in case they are unable to attend them.

The statement added that Hong Kong and Singapore will host their respective 2021 legs of the HSBC World Rugby Sevens Series as usual in April.

This is the second major sporting event to be postponed in 24 hours after Formula One and the sport's governing body, the FIA, announced on Wednesday that the Chinese Grand Prix scheduled for April 17-19 was also postponed.

F1 and the FIA accepted an official request by the Chinese Grand Prix Promoter, Juss Sports Group, to postpone the event following discussions with the Federation of Automobile and Motorcycle Sports of People's Republic of China (CAMF) and Shanghai Administration of Sports.