Athletes at the Tokyo Olympics who come down with minor symptoms of COVID-19 could be isolated in a hotel lined up by local organizers of the games. 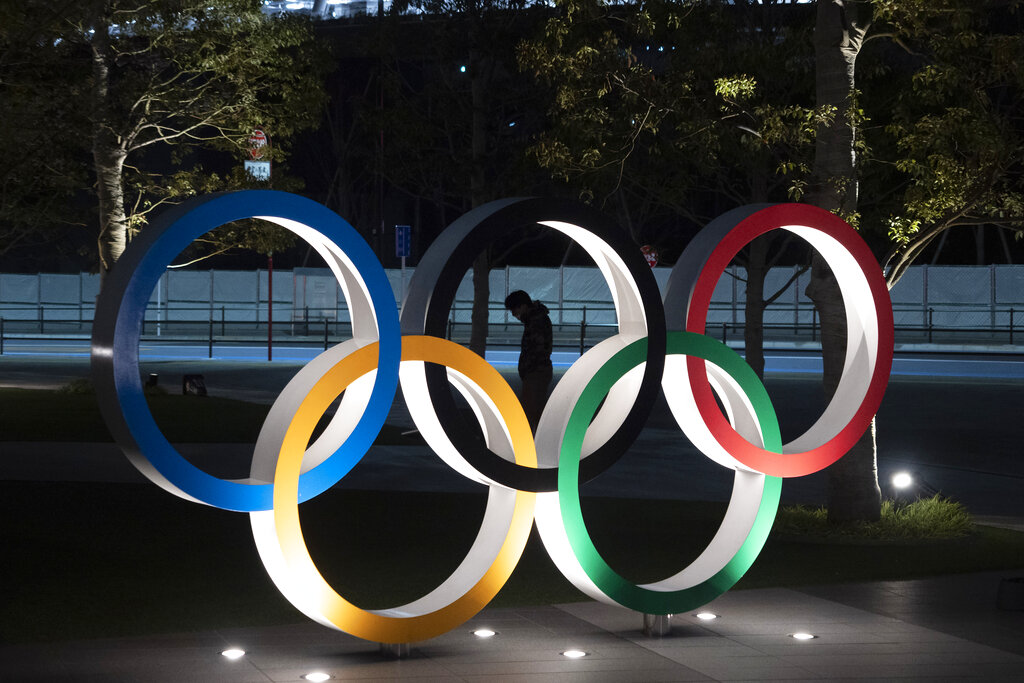 In this March 24, 2020, file photo, a man is seen through the Olympic rings installed near the National Stadium in Tokyo. (Photo: AP)

The Japanese news agency Kyodo on Sunday said organizers are working to secure 300 rooms in a hotel near the Athletes' Village. The agency cited unnamed officials with “knowledge of the plan.”

The rooms would be for athletes and staff who do not need to be hospitalized. The measures underline the risk of trying to hold the Olympics and Paralympics during a pandemic.

The Olympics are to open on July 23 and face strong opposition from up to 80% of Japanese polled. The Olympics and Paralympics will involve about 15,000 athletes from more than 200 nations and territories, and tens of thousands of other officials, judges, administrators, media and broadcasters.

Organizers and the International Olympic Committee have banned fans from abroad from attending. They have yet to announce the maximum capacity for venues, which is now complicated by rising cases in Osaka, Tokyo and elsewhere.

Tokyo will begin Monday to employ tougher measures to curb the rapid spread of the virus. It will allow Tokyo's governor to impose shorter opening hours for bars and restaurants, mandate punishment and award compensation to those who comply.

Fewer than 1% of Japanese have been vaccinated, and because of Japan's slow rollout that number will remain low when the Olympics open.

Japan has attributed fewer than 9,500 deaths to COVID-19, good by world standards but poor compared to many countries in Asia.