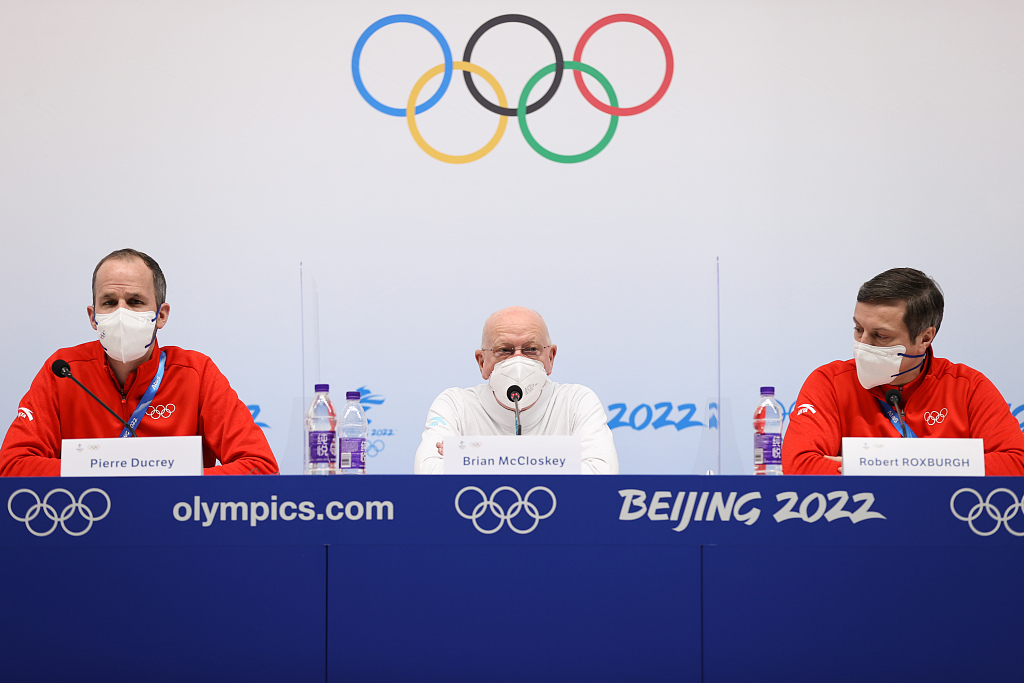 "The facilities here are very impressive, but it's a shame that we cannot see a bit more of Beijing and China," Mark Jakeman told CGTN as his face creased with notable exuberance on a frigid, sunlit afternoon full of underlying feelings and genuine emotions at the National Alpine Skiing Center in Yanqing.

The svelte Englishman has covered a total of six Summer Olympics throughout his career in sports broadcasting, but this month's must-watch spectacle in Beijing will be his first Winter Games. Moreover, with the specter of COVID-19 showing no signs of relenting, Beijing 2022 will surely look like no other.

Competitors, journalists and other accredited participants must test negative for COVID-19 twice within 96 hours of entering a "closed loop" system, where people will undergo daily testing for the virus without ever coming into contact with the outside world for the duration of their time in the three main clusters of Beijing, Yanqing, and Zhangjiakou. 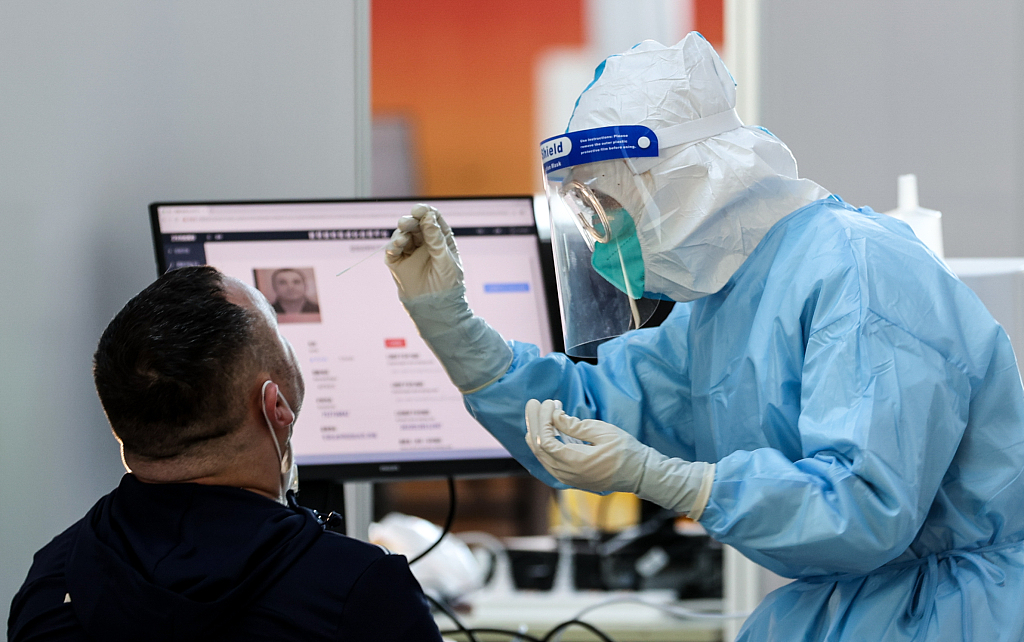 A man takes a test for COVID-19 upon his arrival at Beijing Capital International Airport in Beijing, China, January 29, 2022. (Photo: CFP)

"The anti-virus measures are a big hassle, but I think the precautions are necessary," said Jakeman, who entered the loop on January 21. "I used to cover the Formula One in Shanghai before the coronavirus struck, and I'd like to wander around to see how people live and feel the local culture. Unfortunately I cannot do that now, but all of this is for the sake of our health."

It's a sentiment echoed by American Jill Jackson, who hosts a prominent Olympic podcast "Keep the Flame Alive." "You have to do what you have to do to keep people safe," she said. "It's not that hard to wear masks. It's not fun, but it's not so hard. And testing every day is not that difficult."

Despite unconventional circumstances through the COVID-19 pandemic, Jackson insisted there is nothing to complain about. "I've gotten really used to the protocols and I'd rather be safe, and when the Games begin, focus will shift," she observed. "I think there will be surprises, really good surprises from the athletes. And we are gonna get some really good competitions." 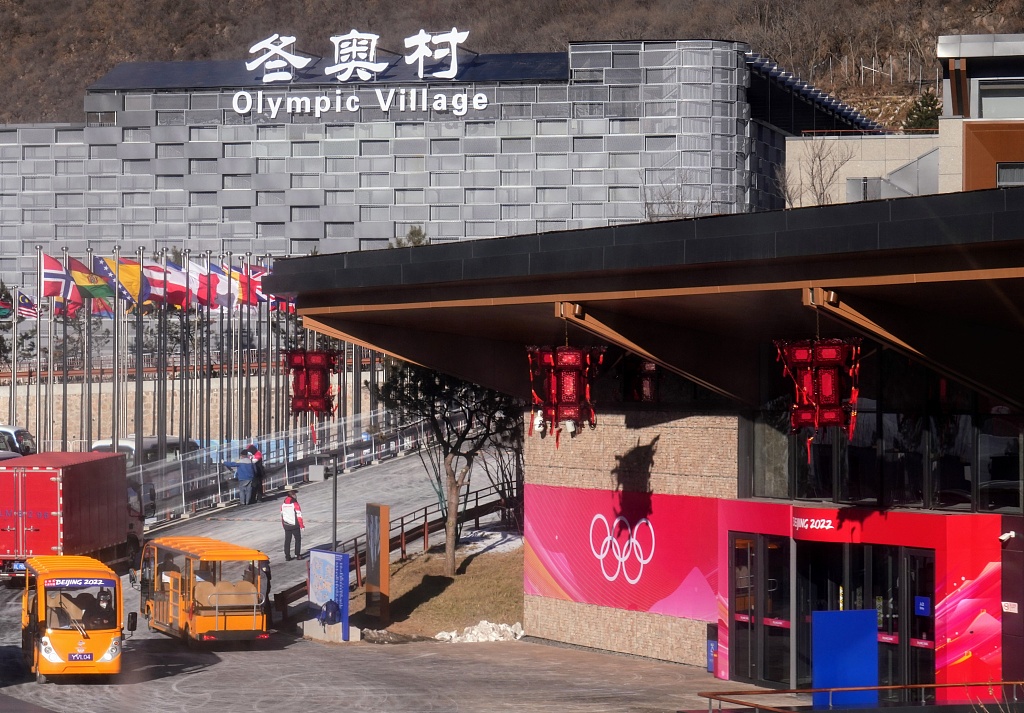 A view of the Olympic Village in the competition zone of Yanqing, Beijing, China, February 1, 2022. (Photo: CFP)

Jackson added that for all the uncertainties, she feels welcome and comfortable in Beijing. "I am really impressed with the level of hospitality. I ate a lot of steamed buns and dumplings," she smiled.

Jakeman also has a soft spot for Chinese cuisine and hospitality. "I really enjoy the Chinese food in my hotel and I have Chinese-style breakfast every day. I now prefer it to Western food. And I have to say the volunteers here are extremely helpful," he said.

A loyal Liverpool supporter, Jakeman admitted he hadn't had time to watch football since he landed in China, but he revealed he and his colleagues would undoubtedly take time off from work to watch Friday night's opening ceremony for the Beijing Winter Games. 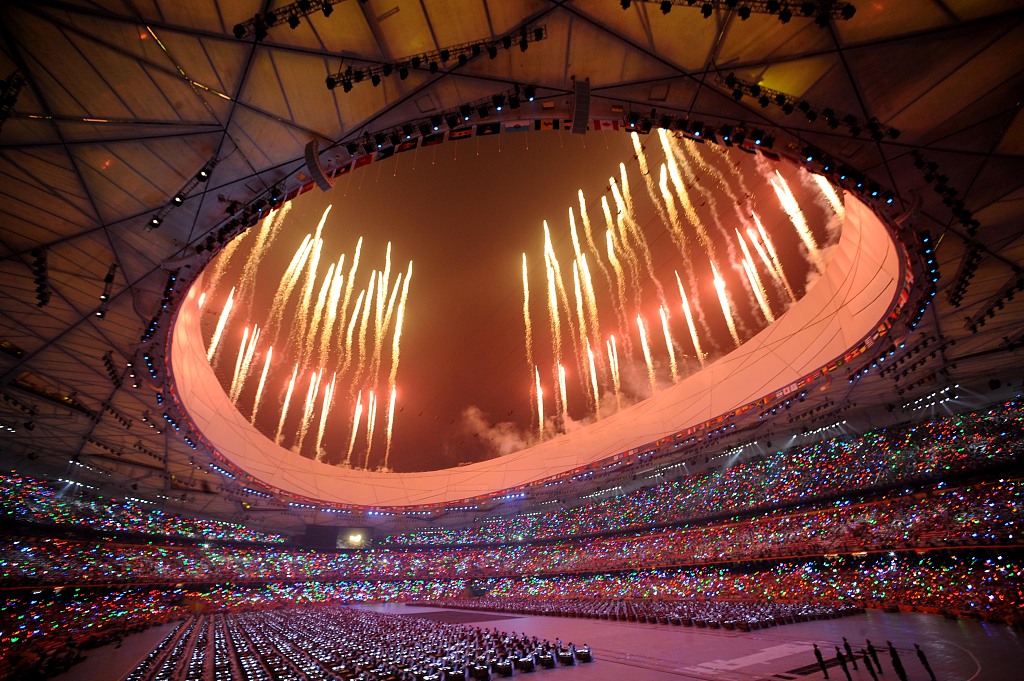 Fireworks light the sky during the opening ceremony of the Beijing 2008 Summer Olympic Games in Beijing, China, August 8, 2008. (Photo: CFP)

"The opening ceremony for the Summer Olympics in Beijing was quite extraordinary, hopefully the winter one is as brilliant," beamed Jakeman.

Chinese filmmaker Zhang Yimou, who wowed the world with a mind-boggling opening ceremony for Beijing 2008, will return to take up the baton again for Beijing 2022. The Oscar-nominated director told a press briefing last month that the ceremony features an "unprecedented" way of lighting the Olympic flame, and new concepts will make it feel "full, ethereal and romantic."

Jackson, meanwhile, is still trying to grab a ticket to the ceremony at the eleventh hour. "If I don't get a ticket, I will definitely watch it at the hotel. I'm really looking forward to it."