Indy Speedway races on July 4 could have fans under plan 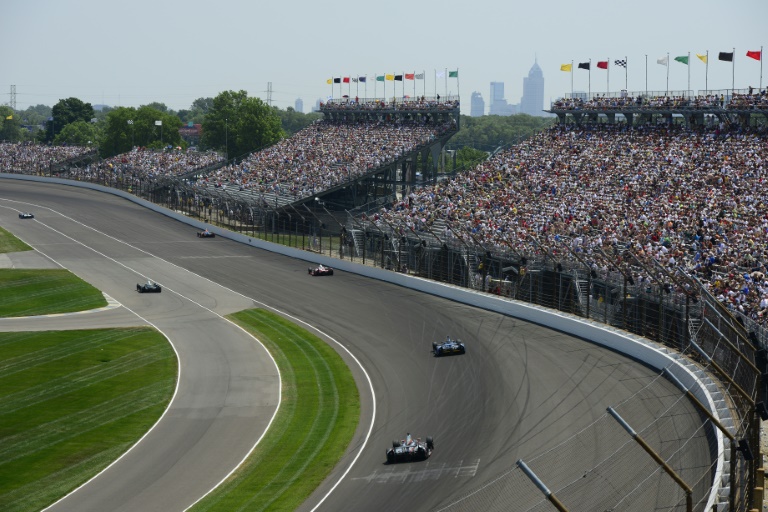 Indianapolis Motor Speedway grandstands wouldn't be filled, but spectators could be allowed into the famed raceway for July 4 events under a plan from Indiana Governor Eric Holcomb. (Photo: AFP)

Indianapolis Motor Speedway could become the first major US sports venue since the coronavirus pandemic shutdown to welcome spectators under a plan announced by Indiana Governor Eric Holcomb.

A five-stage plan to get Indiana "Back on Track" was unveiled Friday by Holcomb with a target of having all areas of the state reach the final level, which includes a return to sports events, on July 4, the American Independence Day holiday.

That Saturday also happens to be the date when the speedway, home of the Indianapolis 500 oval classic, has scheduled a twin bill with IndyCar and US stock car events on its road course.

While social distance guidelines would remain in place in the fifth stage, the plan would allow for spectators in parts of the sprawling stands around the famed 2 1/2-mile (4km) oval.

"Of course, this roadmap is subject to change," Holcomb warned. "New guidance is provided regularly and more is known about this disease every day, so it will be updated along the way."

IndyCar is scheduled to return June 6 at Fort Worth, Texas, with late-June stops at Road America in Wisconsin and Richmond, Virginia, but no existing plan would allow for spectators to attend as stay-at-home rules remain in effect across most of the United States.

NASCAR has announced plans for four elite-level races and seven in all on tracks in North and South Carolina in May, but all would be run without spectators.

The US PGA Tour has scheduled a June return as well but plans to stage its first four events without spectators. As of now, the first scheduled tournament that could allow fans would be the John Deere Classic on July 9-12 at Silvis, Illinois.