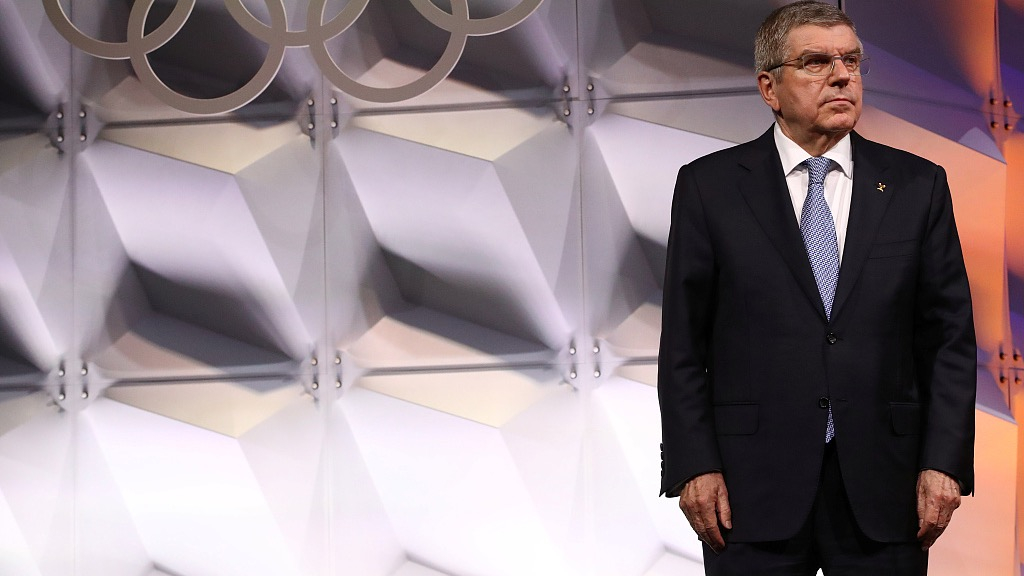 The International Olympic Committee's (IOC) insistence on holding the 2020 Tokyo Olympics as planned has been met with fierce pushback from its own members.

As the world struggles to reconcile itself to the COVID-19 pandemic that has put several countries in lockdown, the IOC declared on Tuesday that it was not the time for "drastic decisions" over the staging of the 2020 Games this summer.

"The IOC remains fully committed to the Olympic Games Tokyo 2020, and with more than four months to go before the Games there is no need for any drastic decisions at this stage," the IOC said in a statement.

"Any speculation at this moment would be counterproductive. The IOC encourages all athletes to continue to prepare for the Olympic Games Tokyo 2020 as best they can."

The much-anticipated Tokyo Olympics, scheduled for July 24-August 9, is one of the few sporting competitions to have survived a delay in the wake of the COVID-19 outbreak that has overwhelmed healthcare systems and caused more than 7,900 deaths around the world.

The IOC statement was released shortly after both this summer's Euro 2020 and Copa America tournaments were postponed by one year to 2021. 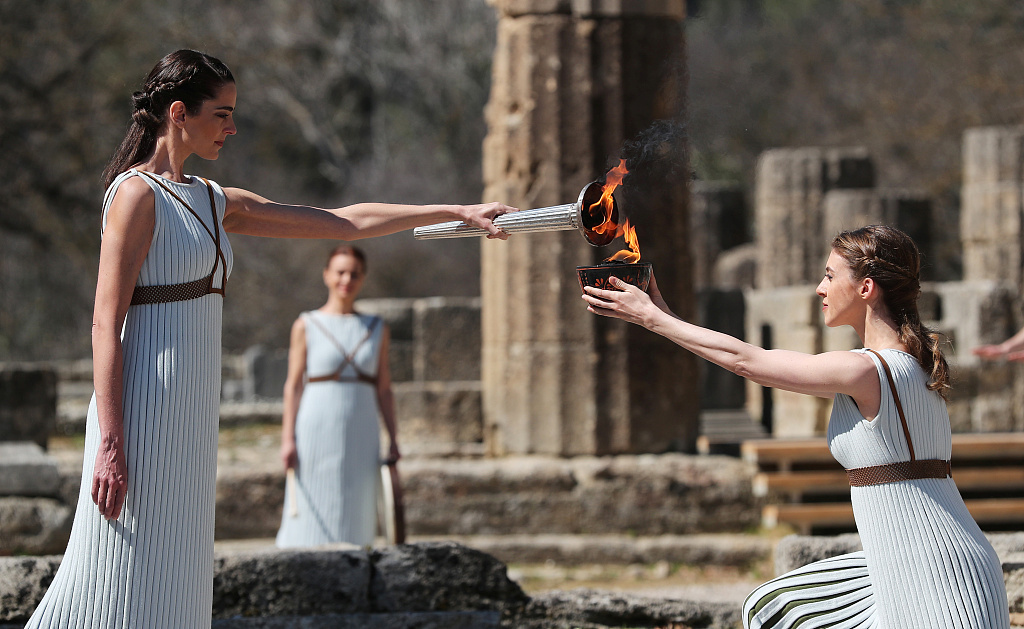 The flame for the 2020 Tokyo Olympics is lit in ancient Olympia without spectators present, Greece, March 12, 2020. (Photo: VCG）

It was also revealed that Kozo Tashima, deputy chief of the Japanese Olympic Committee, had been diagnosed with the coronavirus.

Canadian hockey star Hayley Wickenheiser, a member of the IOC's athletes commission, later wrote on Twitter that she was stunned by the latest development, adding it was "insensitive and irresponsible" to let the Tokyo Games go ahead.

"This crisis is bigger than even the Olympics," said Wickenheiser. "We don't know what's happening in the next 24 hours, let alone the next three months."

"From an athlete's perspective, I can only imagine and try to empathize with the anxiety and heartbreak athletes are feeling right now. Athletes can't train, attendees can't travel plan. Sponsors and marketers can't market with any degree of sensitivity." 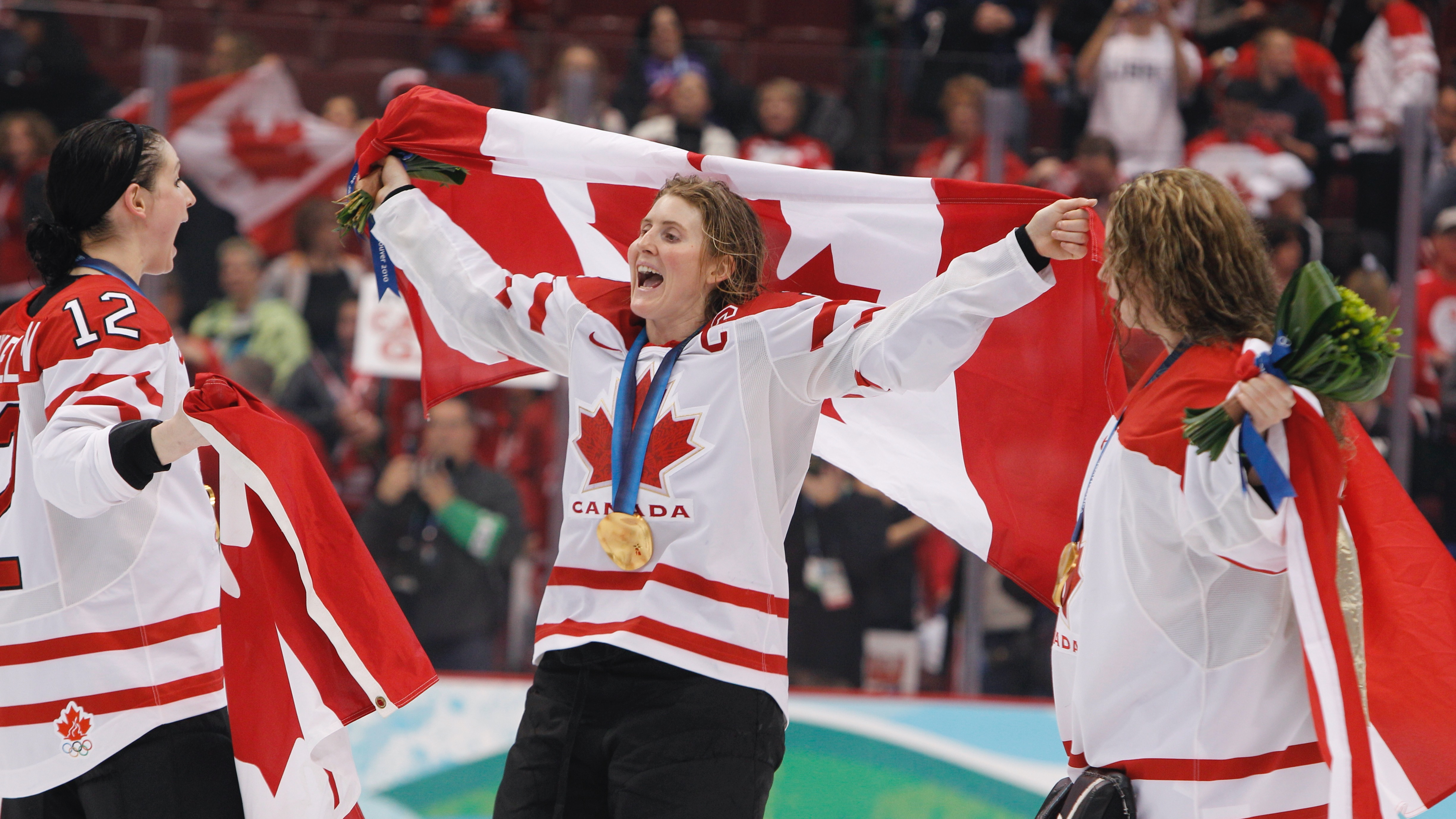 It was a sentiment shared by Spain's Olympic Committee president Alejandro Blanco, who said in a statement on Tuesday that he would prefer the Games to be postponed in order to give athletes the opportunity to prepare fully.

"The news that we get every day is uncomfortable for all countries in the world, but for us the most important thing is that our sportspeople cannot train and to celebrate the Games as planned would result in unequal conditions," he said.

"We want the Olympics to take place, but with security. We're an important country in the world and four months before the games, our athletes can't arrive in equal conditions."

However, amid all the concerns, the IOC insisted it would work to surmount any difficulties that came up.

"This is an unprecedented situation for the whole world, and our thoughts are with all those affected by this crisis," the IOC said. "The health and well-being of all those involved in the preparations for the Olympic Games Tokyo 2020 is our number-one concern.

"The IOC has confidence that the many measures being taken by many authorities around the world will help contain the situation of the COVID-19 virus."

Earlier on Tuesday, as anxiety grows over the current crisis, Japanese Prime Minister Shinzo Abe claimed that Tokyo will "pull out all stops to prepare for the Olympics and Paralympics and aim for a complete event as proof that the human race will conquer the new coronavirus."