SPORTS Interview: Go all out for Olympic glory in Tokyo 2020: Ding Xia

Interview: Go all out for Olympic glory in Tokyo 2020: Ding Xia

BEIJING, Dec. 8 (Xinhua) -- Ding Xia, the regular setter of China's women's volleyball team, has tipped China as one of the favorite teams to clinch the title at Tokyo 2020 and vowed to do everything to achieve that goal. 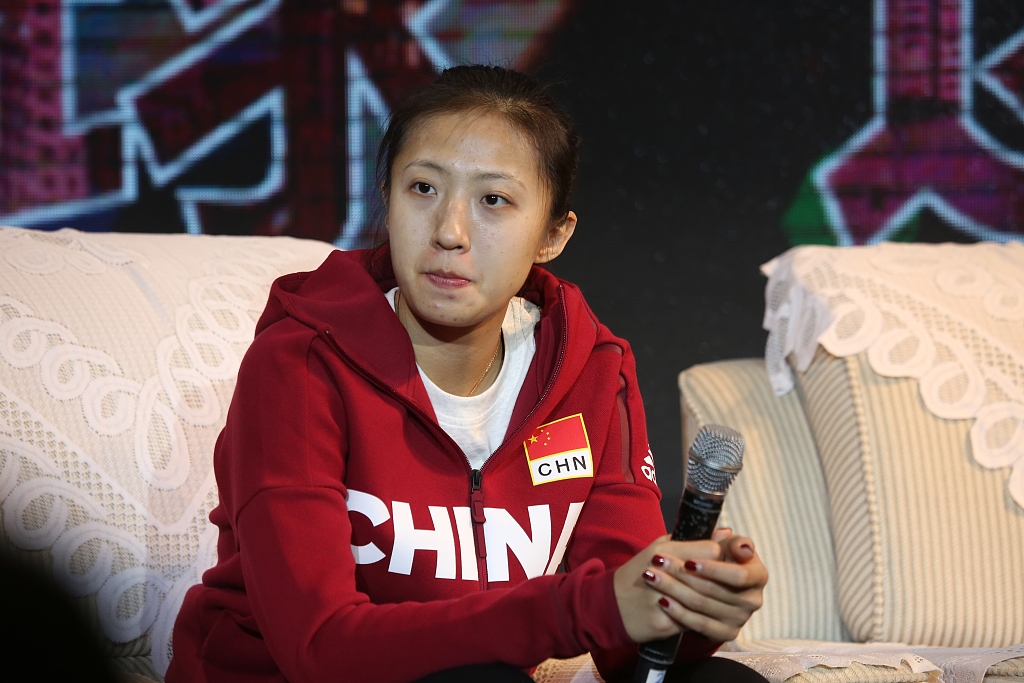 After a series of impressive performances in big events since 2016, especially lifting the 2019 FIVB Volleyball Women's World Cup trophy with 11 straight victories, it is no doubt that China is seen as top contenders for the Olympic title at Tokyo 2020.

Ding, however, cautioned that the defending Olympic champions would be regarded as a target for other teams.

"I feel that in 2020, many teams will focus on China, after all, we are the defending champions and the World Cup holders as well. We should keep a low profile and beat the opponents at all costs," said Ding.

But Ding didn't play down China's prospect in next year. "We are still a strong squad as a whole, including a complete coached team."

In September, China lifted its second consecutive FIVB World Cup and the 10th World title in history. Ding was named the best setter of the tournament, but she modestly said that the individual award was a surprise to her.

"I just think I had a normal performance in that tournament and still have room for improvement. Maybe I did a good job in passing, but I didn't continue my condition in the last three games, and I was benched in some games, so my personal statistics may not be outstanding."

"Now that I won the award, I will consider it as recognition," the 29-year-old Ding added.

Compared with her first trip to the World Cup in 2015, Ding has established her status as the regular setter in recent years.

Ding admitted that she felt less pressure when playing as a substitute but now she has to shoulder more responsibility.

"At the beginning of my national team career, I didn't feel too much pressure, the coaching staff just required me to play at my normal level, but from the World Championships in 2018, the orders from the coaching group were totally different, it became more strict."

Ding disclosed that she couldn't grow without the help of head coach Lang Ping, whom she regarded as a mentor.

"To be honest, I didn't have any idols at the very beginning of my volleyball career, but I was gradually attracted by Lang's charisma after I got a call-up from the national team, I have to say Lang was not only a good player but also a great coach."