SPORTS IOC president Bach to arrive in Tokyo on July 8

IOC president Bach to arrive in Tokyo on July 8 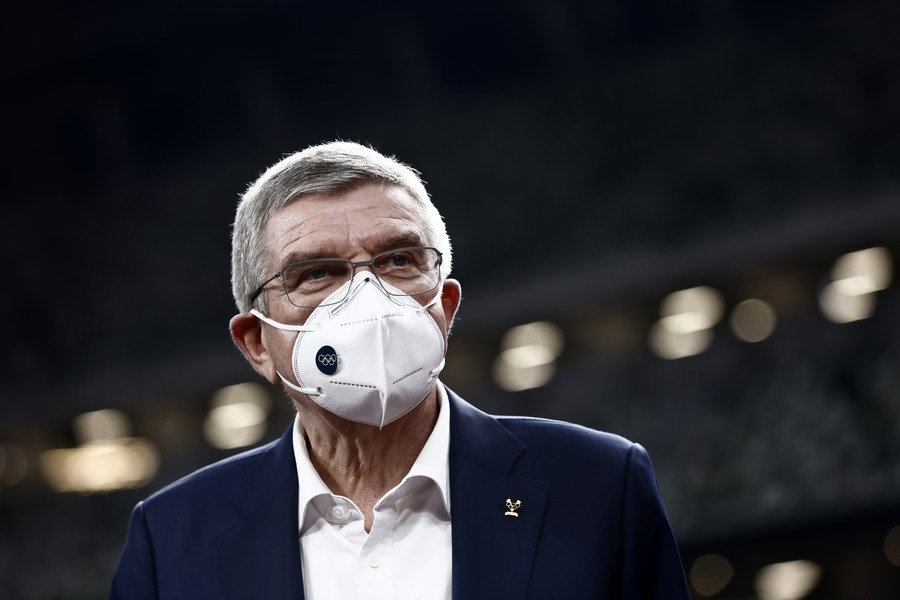 International Olympic Committee (IOC) President Thomas Bach wearing a face mask speaks to the media during his visit to the new National Stadium, the main venue for Tokyo Olympics and Paralympics, in Tokyo, Japan, on Nov. 17, 2020. (Photo: Xinhua)

IOC president Thomas Bach will arrive in Japan on July 8, with just over two weeks to go until the opening ceremony of the Tokyo Olympics.

The IOC announced on its official website that Bach will go to Tokyo fully vaccinated and follow the playbooks' guidelines to ensure that the Games is safe and secure.

"Upon his arrival, the IOC President will work remotely only," the IOC said in a statement. "His official program of in-person and remote meetings with arriving delegations, Games stakeholders and the Tokyo 2020 Organising Committee will then commence on July 12. His destinations are registered, and his activities will be conducted under the strict rules defined by the playbooks."

Bach will also plan to visit Hiroshima on July 16 to mark the start of the Olympic Truce. He had originally planned in May to visit the nuclear bomb-hit city at the end of World War Two but the visit was canceled due to the worsening COVID-19 situation across Japan.