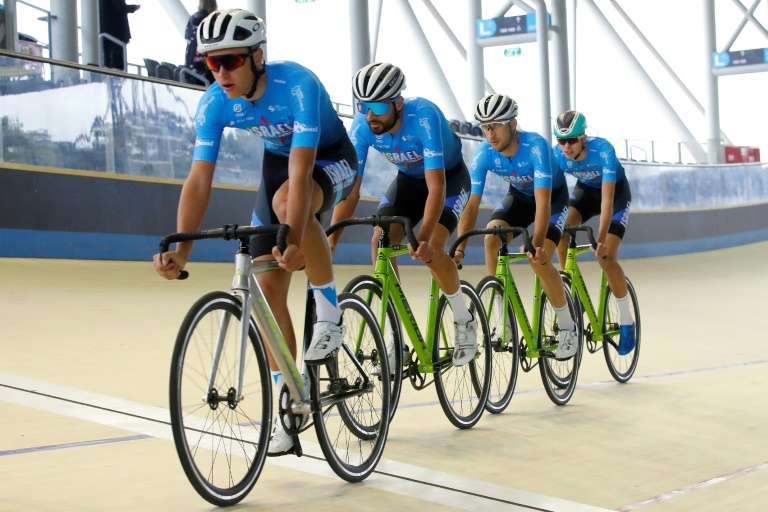 The Israel Start-Up Nation cycling team will be the first Israeli outfit to take part in the Tour de France. (Photo: AFP)

Israel launched its first Tour de France team Wednesday, the latest sporting initiative funded by a Canadian-Israeli billionaire who sees it as a potential bridge to the Arab world.

The team, called Israel Start-Up Nation, will be the first from the Jewish state to compete in cycling's premier competition.

"We will have our Israel name at the Tour de France, being seen by 2.6 billion people -- with our blue and white colours," Israeli-Canadian businessman Sylvan Adams told AFP.

"I think it's quite symbolic."

The team will take the Tour de France slot of Swiss team Katusha-Alpecin, which has been taken over by the Israel Cycling Academy (ICA).

The move is heavily funded by Adams, who has spent millions in recent years organising a number of sporting events in Israel, in what he says are philanthropic gestures to show off the "real Israel."

These have included the holding of the Giro D'Italia cycling race in Israel in 2018, as well as bringing Lionel Messi-led Argentina to play a friendly match in Tel Aviv last month.

Organisers say the Tour de France is the world's third most watched sporting event, after the Olympic Games and football World Cup.

The Israel Cycling Academy was only formed in 2014.

Its riders are perhaps unlikely to compete for the Tour de France's coveted yellow jersey in their first outing, but Adams hailed the symbolism of their appearance.

Its riders come from 18 countries and Adams said at least one of the eight selected to race in the Tour would be Israeli.

"I hope we will see an Israeli complete the Tour de France, which will be a historic event."

Cycling is still relatively new in Israel, though it hosts a velodrome -- the first in the Middle East.

Guy Niv, an Israeli member of the team, said appearing in the Tour was a "childhood dream."

"It is a great honor and privilege for me to ride in an Israeli team, that represents the country I come from, to show the world different sides of Israel."

He said it wasn't "enough for us just to be there" but they wanted to compete.

"We want to step forward."

Speaking at the velodrome in Tel Aviv, Adams argued sport can be a fast track to improving Israel's standing in the region.

Only two Arab countries recognise Israel, in protest at the country's treatment of the Palestinians.

But Gulf states have improving relations with the country behind the scenes.

Adams said he had invited Middle Eastern countries, including Gulf state Bahrain, to use the velodrome.

"I have made a public invitation to our neighbours -- since you don't have such a facility, send us your youth -- we will train together, we will create youth programs, we will help you develop your national teams," Adams said.