SPORTS It takes two to Tango

It takes two to Tango 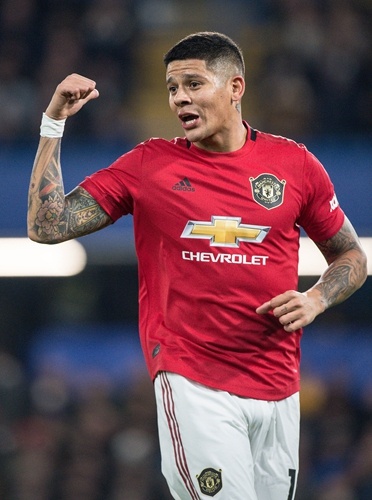 It's well known that Brazilian players are among the best to play football.

Kaka, Ronaldinho and Ronaldo have all won the Ballon d'Or before the Lionel Messi-Cristiano Ronaldo era began. Paris St-Germain's Neymar is arguably the closest to have come to dethroning that duopoly.

Manchester United tried to sign all three of them, according to reports, coming closest to snagging Ronaldinho from PSG before he moved to Barcelona in 2003. A helicopter to London is believed to be the sticking point in that failed move for Alex Ferguson's side.

The Old Trafford fans had also clapped off Ronaldo after he scored a hat trick in Real Madrid's 4-3 win over United in 2003, while Kaka impressed with AC Milan when they visited. United also tried to coax Rivaldo from Barcelona, a fact that has only emerged in recent months.

None of them were meant to be.

While Brazilians have been few and far between in the Manchester 16 postcode - current midfielder Fred is joined by Kleberson, Anderson, the Da Silva twins and Fabio Rochemback in those who have pulled on the shirt - it has not been the same when it comes to neighbors Argentina.

The fans chanted the country's name in the aftermath of the rest of the country turning on David Beckham after his sending-off against Argentina at the 1998 FIFA World Cup in France, and flags were not unusual in the away end as the team traveled on their Treble-winning season.

This love affair only increased as the team signed Argentine players.

There have been seven of those at Old Trafford over the years but that number is down to one after the loan departure of defender Marcos Rojo to Estudiantes on loan.

Rojo's tough tackling style was much loved by a section of the support but his departure leaves the bridge between Manchester and Argentina almost as burned as the toast that the defender posted on Instagram to public amusement back in 2015.

What happened to the other Argentines at Old Trafford?

The former Argentine No.1 has been backup to David de Gea since he arrived from Italian side Sampdoria via Monaco in 2015. He has proved a capable deputy when he has been called upon, and he has been done so under Louis Van Gaal, Jose Mourinho and current manager Ole Gunnar Solskjaer.

Romero has been mostly used in cup competitions and was picked for the final for the 2017 Europa League win over Ajax that saw the club into the Champions League the following season.

He became a cult hero for his all-action displays, willingness to shoot from distance and complete disregard for his right foot - evidenced by his favoring of left-footed rabonas.

The 29-year-old returns to his homeland on loan to Estudiantes having not featured for the Premier League side since a game against Brighton and Hove Albion in November. He played little over a 100 times in five years and some will argue he goes down as one of the club's worst ever signings.

There was widespread shock during this transfer window when Solskjaer's side were linked with a move for the Boca Juniors striker.

That was because Tevez had soured his relationship with United fans when he swapped Old Trafford for the Etihad, the home of city rivals Manchester City.

Tevez went to Chinese Super League side Shanghai Shenhua, where he famously went to the local Disneyland rather than watching his teammates.

He played 63 times for United including a penalty in the shootout as the team won the 2009 UEFA Champions League over Chelsea.

"La Brujita," or the "Little Witch," got his nickname on account of his father Juan Ramon "La Bruja" Veron who starred for Esudiantes de la Plata in the 1960s. Among Veron Sr's triumphs were beating Manchester United in the 1968 Club World Cup final.

Veron arrived at Old Trafford from Lazio but struggled to adapt to the English Premier League, although he often shone in Europe. Ferguson was having none of the criticism that followed. "He's  a f**king great player," Ferguson told a press conference after another damning indictment of the No.4, adding that "you're all f**king idiots."

Nonetheless, Veron moved on to Chelsea where he similarly failed before signing on for Inter Milan and then Estudiantes for eight seasons, one after retirement. Veron later worked in the club's front office.

The no-nonsense defender was a hit at Old Trafford in his early days but the relationship with the fans soured quickly once he demanded to move to hated rivals Liverpool.

Heinze was named club player of the season for his debut 2004-05 campaign, thriving at left back after moving from PSG.

He lost his place to Patrice Evra while injured before trying to force through a move to Anfield and was eventually sold to Real Madrid in 2007, following Ruud Van Nistelrooy and David Beckham to the Bernabeu.

He played for Marseille and Roma before retiring and is now manager at Velez Sarsfield in his homeland.

A player who joined Manchester United from European champions Real Madrid was greeted with great fanfare but flattered to deceive.

Signed by an Gaal, "The Noodle" never reached the same heights in Manchester as he did in Madrid but it still feels like a case of what might have been.

He showed the fans when PSG returned to town in the Champions League last season as he inspired a first-leg victory, even sipping a Heineken that was thrown at him by the crowd.

United won the tie against all odds but Di Maria has continued to star in the City of Lights this campaign.