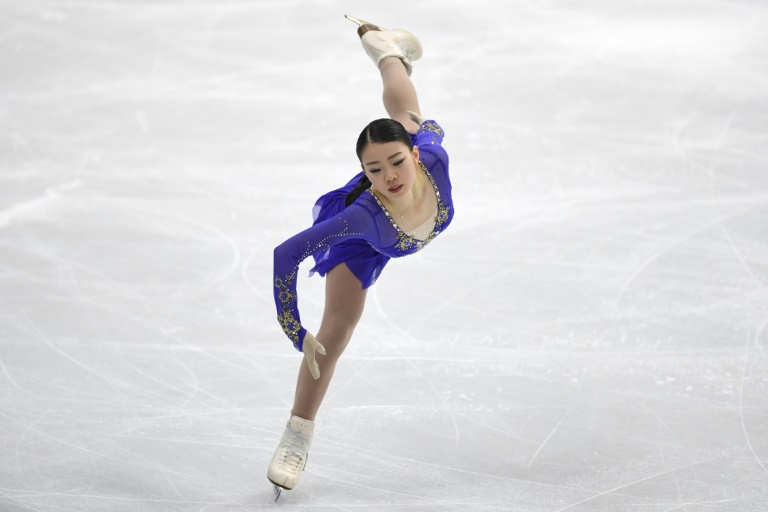 Kihira, who also claimed her first national title in December, clocked 81.18 points in Seoul, where the free programme will be held Saturday.

Bradie Tennell of the United States came second with 75.93 points and South Korea's You Young was in third with 73.55.

Kihira opened her performance to "Breakfast in Baghdad" by Ulf Wakenius with a clean triple axel.

She went on to complete a triple flip-triple toeloop combination with a triple lutz.

Tennell of the US opened her programme with a triple lutz-triple toeloop combination and delivered a double axel and a triple flip to finish ahead of local favourite You, who had a wobbly landing on her triple axel.

Kihira -- who had a golden run last season before finishing fourth at the Worlds -- finished second in Skate Canada and the NHK Trophy prior to her short programme lead in Seoul.

Skating to Rihanna's "Love on the Brain", they delivered a triple twist, throw triple loop and side by side triple toe, snatching a surprise lead ahead of two Chinese couples, including two-time world champions Sui Wenjing and Han Cong.

Madison Hubbell and Zachary Donohue of the US lead the short dance programme.