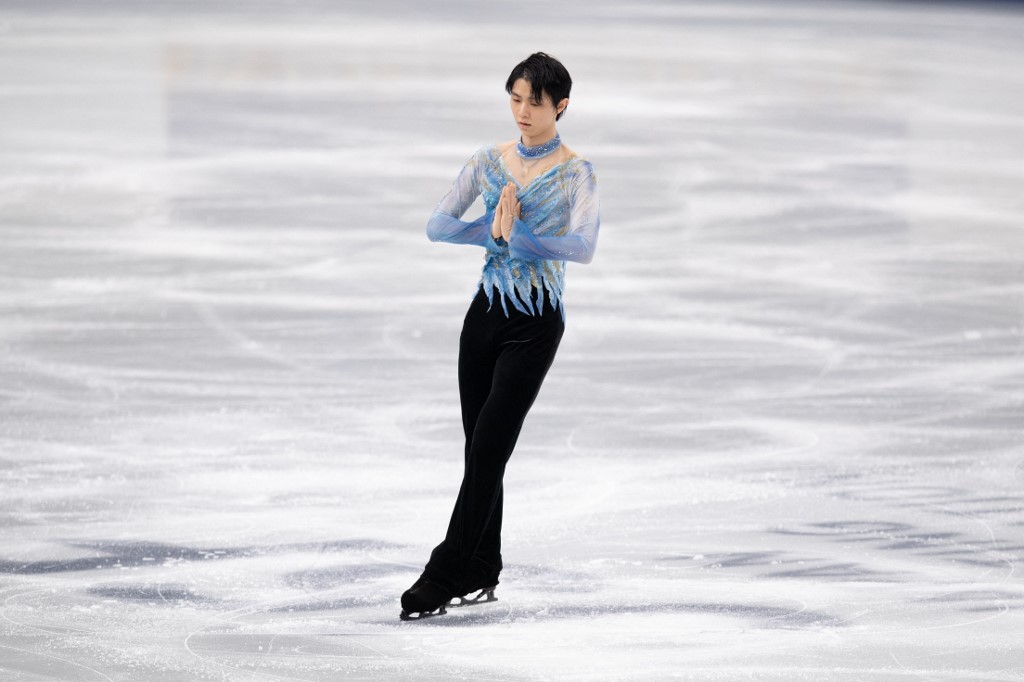 Hanyu, 27, who has been out of competition due to a right ankle injury, proved he is still the man to watch at the Beijing Olympic Winter Games next February.

Shoma Uno, who was beaten by Hanyu to second place in the Pyeongchang Olympics, was second with 101.88 points and Yuma Kagiyama, who won the NHK Trophy last month, stayed third on with 95.15.

Hanyu, a five-time national champion, needs to finish at least in the top three at the tournament to qualify for the Beijing Olympics. The free skate will be held on Sunday.

When asked about his chance of winning the Olympic gold medal for the third time, he said that he will try to make the quadruple axel successful in Sunday's free skate.

"I will do it step by step in tomorrow's practice first and then in the free skate," he said. "I will take my chances and get focused. I will be very careful to avoid being injured. After that, I believe that I will try to win again in Beijing."