The JSA said that the 35-year-old sumo superstar felt something wrong with his sense of smell and got tested in a hospital on Monday. The test result proved positive Tuesday morning.

Mongolian-born Hakuho, who is the longest-serving yokozuna, top-ranked sumo wrestler of all time, will seek the advice of specialists, and the other wrestlers in his Miyagino stable will also be tested.

The positive test came just five days before the sumo New Year Grand Tournament which is due to start on Sunday. So far, the JSA has not said whether the tournament will be postponed. 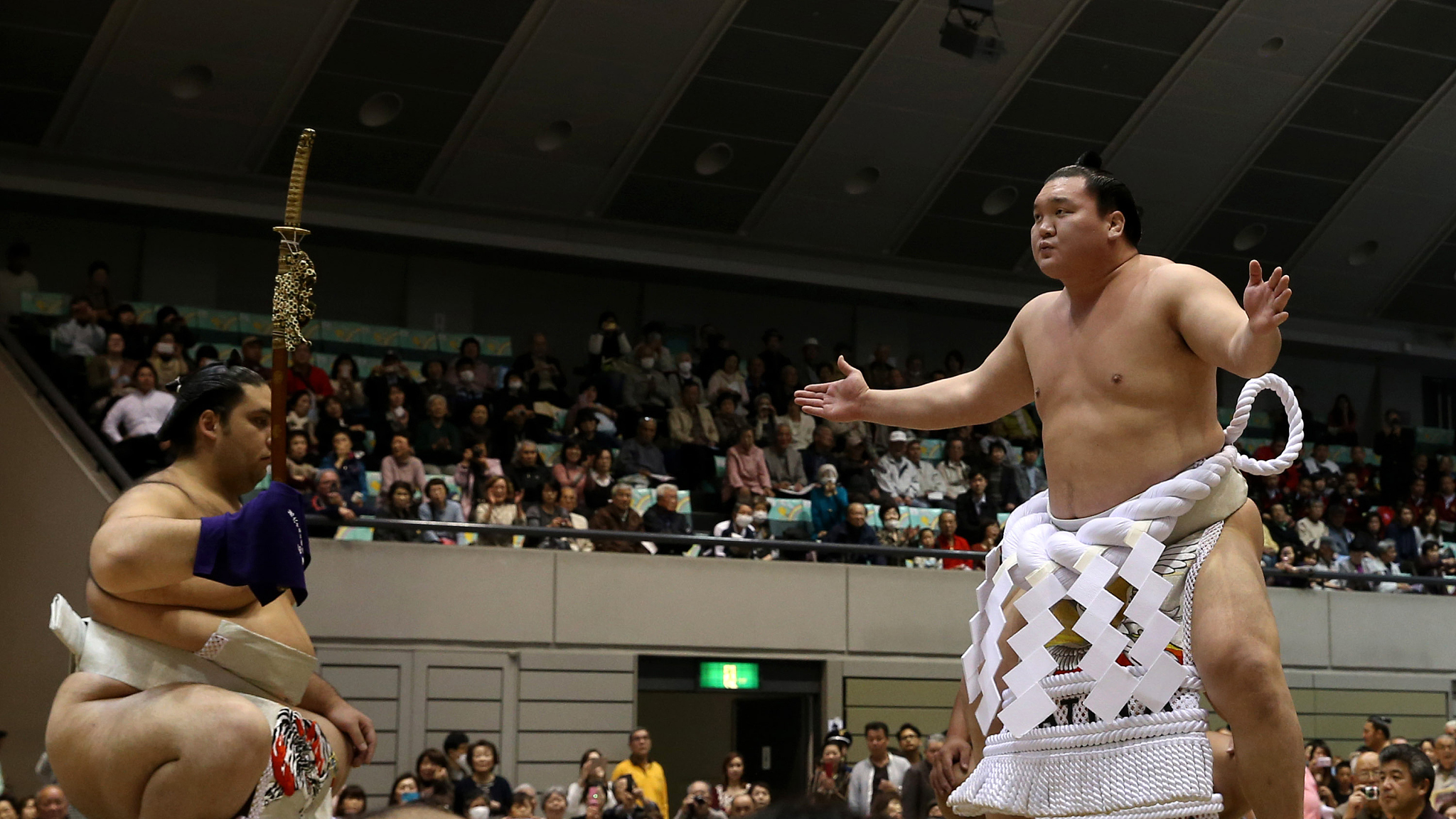 Local media reported that the new cases included stablemaster Arashio, a hairdresser and eight lower-division wrestlers. A gyoji, or referee, from a different stable also tested positive on Monday after complaining of a fever and cough.

A 20-year-old sumo wrestler died in Japan last May after contracting the virus and suffering multiple organ failure. But Hakuho is the first wrestler from the sport's top ranks to test positive for the virus. He has been dealing with a knee injury and has not completed a tournament since March, when he won the Spring Grand Sumo Tournament in Osaka.

Hakuho, who has won a record 44 top-division titles, is the Japanese star athlete after tennis icon Kei Nishikori and men's badminton world No. 1 Kento Momota to get infected with the coronavirus.

According to state broadcaster NHK, Japan has been suffering a third wave of infections since last December. The Tokyo Metropolitan Government reported 1,278 new cases of the COVID-19 in the Japanese capital on Tuesday, marking the second daily highest.