Japan plans to vaccinate its Olympic athletes before the Tokyo Games, domestic media reported Wednesday, a move that would place them ahead of the general population as the government faces pressure over a slow rollout. 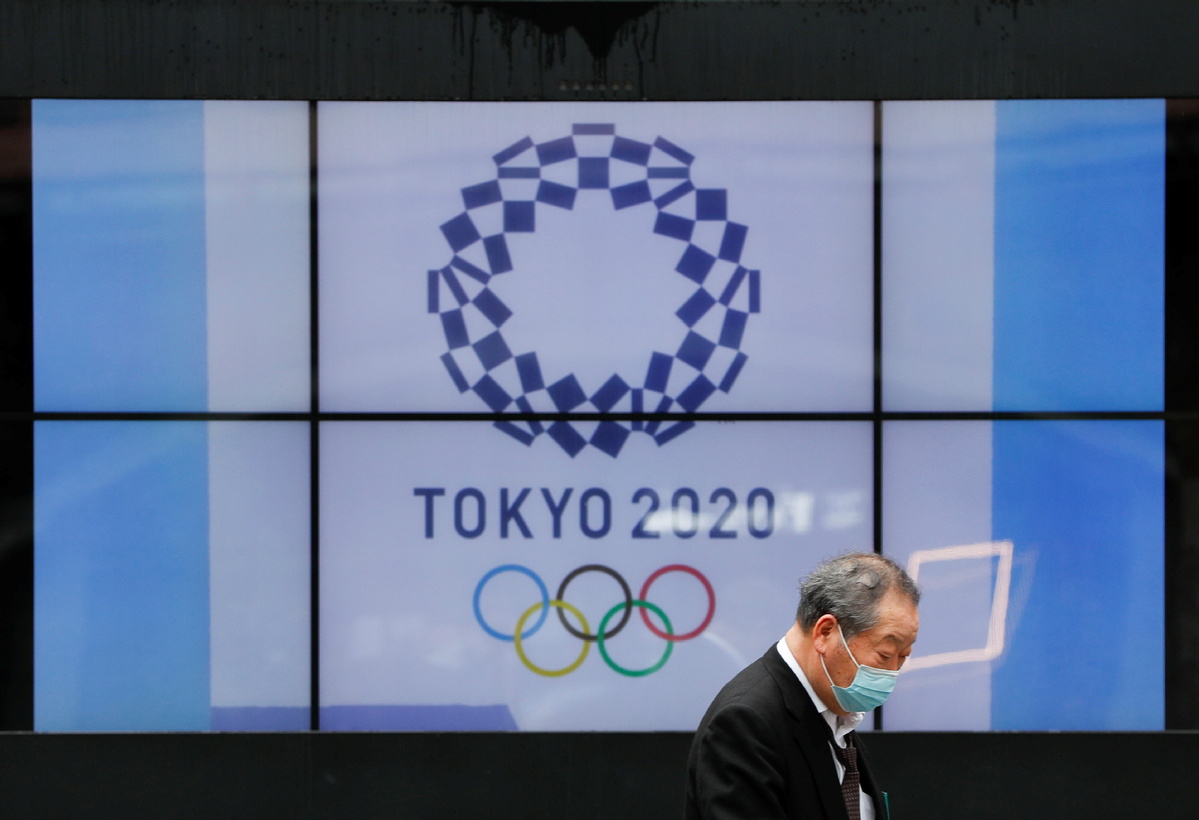 A passerby wearing a protective face mask walks past a screen showing the logo of the Tokyo 2020 Olympic Games that have been postponed to 2021 due to the coronavirus disease (COVID-19) pandemic, in Tokyo on April 14, 2021. (Photo: Agencies)

There was no immediate comment from Olympic organisers or Japan's Olympic Committee on the reports in the Nikkei and Yomiuri Shimbun dailies, which did not name their sources.

The newspapers said around 2,500 people including athletes and coaches would be included, with Japanese sports federations in charge of administering the jabs.

Japan's government had previously denied it was considering a plan to vaccinate athletes ahead of the general population.

Earlier this month, US drug giant Pfizer and its German partner BioNTech announced a deal with the International Olympic Committee to provide vaccines for competitors and staff at the Tokyo Games.

They said initial doses for participating delegations would begin at the end of May, without specifying which teams would be involved.

Japan has so far only approved the Pfizer jab and the government has faced pressure for the comparatively slow rollout of its inoculation campaign as Tokyo and other areas battle new virus emergencies.

For now, only medical workers and the elderly are eligible for jabs, with no timeline yet set for the general population to receive them.

Polls show public dissatisfaction with the rollout, and the government has pledged to speed up the programme.

The Games, opening in just over 10 weeks, face continued controversy in Japan, where surveys show a majority oppose holding them this summer.

But in a potential bright spot for organisers, around 280 doctors have applied for just 200 volunteer positions at the Games, the Kyodo news agency reported Wednesday citing unnamed sources.

Organisers have come under fire for requesting medical volunteers step forward to help during the Games at a time when Japan's healthcare system is under pressure from a fourth virus wave.

Despite public opposition, organisers insist the Games can be held safely this summer, pointing to safety guidelines, increasing vaccination of athletes and a series of recent test events in Tokyo.