TOKYO, May 27 (Xinhua) -- The Japanese delegation for the Tokyo Olympic Games will receive vaccinations from June 1, the Japanese Olympic Committee announced. 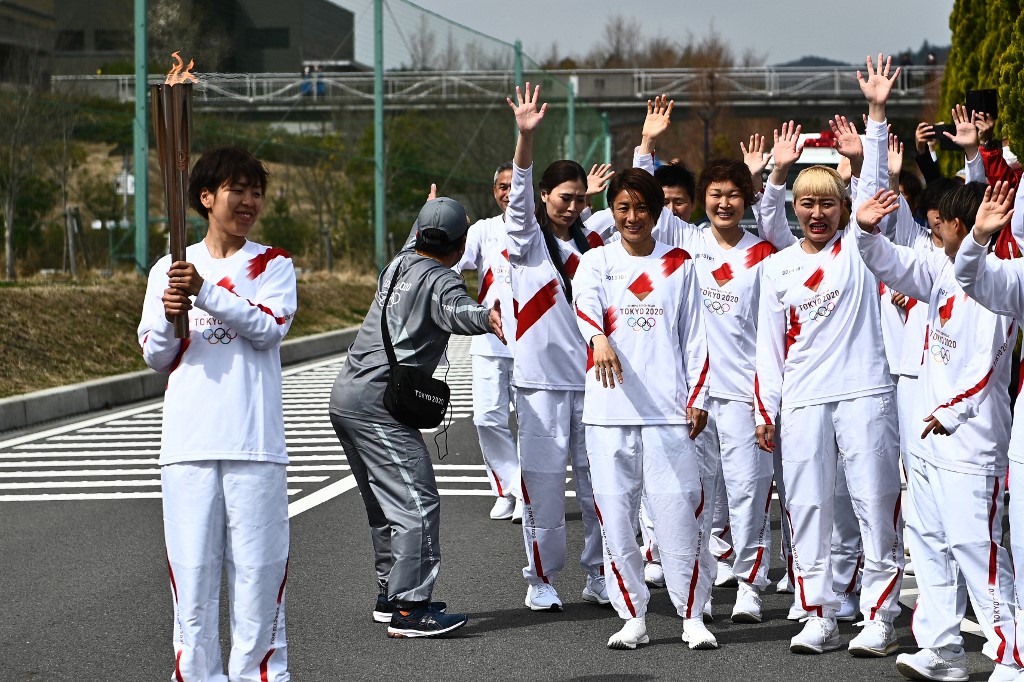 Japanese torchbearer Azusa Iwashimizu (L), a member of Japan women's national football team, holds the Olympic torch after passing the flame to the next torchbearer during the torch relay grand start for the Tokyo 2020 Olympic Games, outside the J-Village National Training Centre in the town of Naraha, Fukushima Prefecture on March 25, 2021. (File photo: AFP)

The Japanese delegation, which will consist of about 1,600 athletes, coaches, and officials, will be vaccinated at Tokyo's National Training Center (NTC) from next Tuesday by medical staff from the nation's governing sports bodies, the English newspaper Japan Times said on Thursday.

Within that pool are 600 athletes, including some who have not yet clinched their berths for the Olympic Games scheduled for July 23-Aug. 8.

U.S. drugmaker Pfizer Inc. agreed to donate supplies of its vaccines to athletes and officials coming to Tokyo after reaching an agreement with the International Olympic Committee. Momii said that the vaccines have already arrived in Japan.

Only two per cent of Japan's 125 million population has been fully vaccinated, according to a government report.