Japanese Prime Minister Shinzo Abe said on Monday that the government will keep in close touch with all relevant groups to ensure the novel coronavirus outbreak does not affect the Summer Olympics. 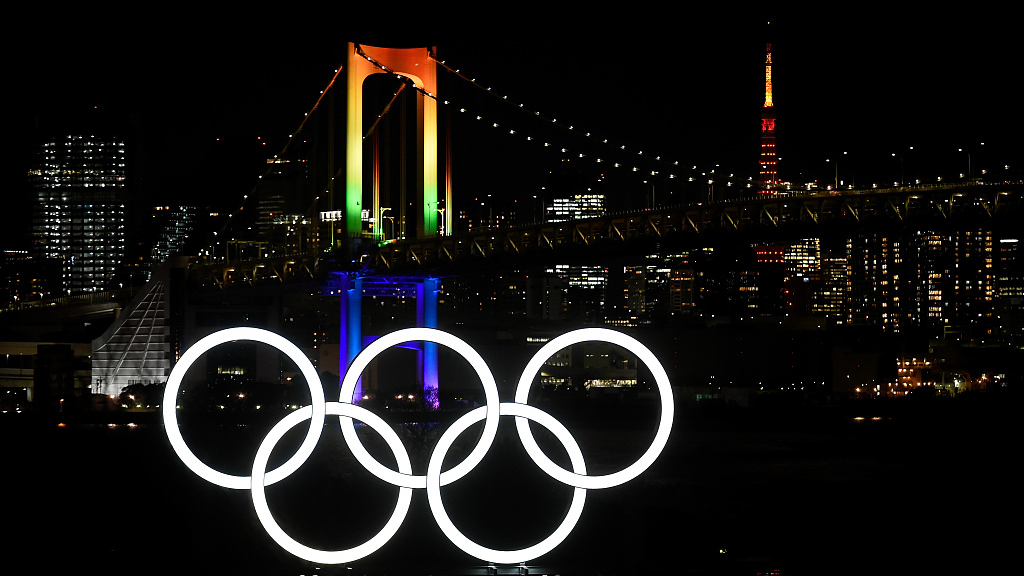 A general view of the Olympic rings as they are illuminated for the first time to mark six months to go until the Olympic games at Odaiba Marine Park in Tokyo, Japan, January 24, 2020. (Photos: CGTN)

"We will keep in close contact with everybody, including the International Olympic Committee and the World Health Organization, to take appropriate steps and keep the coronavirus from affecting the Olympics," Abe told a parliamentary committee.

Olympics Minister Seiko Hashimoto said organizers are not considering canceling the Olympic Games, which start on July 24 and are expected to attract about 11,000 athletes to attend.

Japanese Kabuki actor Ichikawa Ebizo poses with the mascots of the 2020 Olympics and Paralympics, Miraitowa (L) and Someity, in Tokyo, January 29, 2020.

Tokyo Governor Yurkio Koike earlier urged vigilance, saying there will be "regrets" if maximum effort was not made.

"I will implement even more stringent measures to tackle infectious diseases. I am having discussions this weekend with senior officials to assure the safety and security of people in Tokyo - specifically focusing on ways to prevent the spread of the virus and strengthen testing systems."

Japan has not reported any fatalities from the outbreak, while China has reported more than 400 deaths and over 20,000 confirmed cases.

The health scare has led to the cancellation of Olympic qualifying events in China such as boxing and badminton.