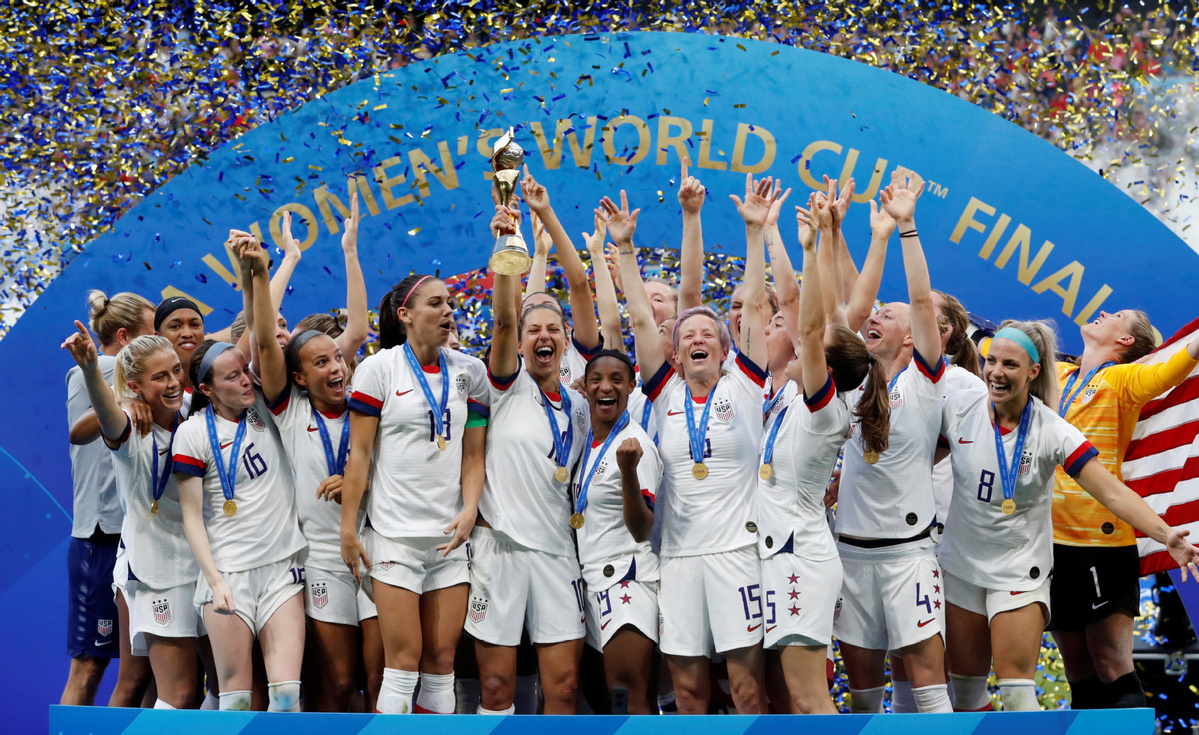 Carli Lloyd of the US and team mates celebrate winning the Women's World Cup with the trophy at Groupama Stadium, Lyon, France, July 7, 2019. (Photo: Agencies)

The Japanese Football Association (JFA) announced on Monday that it has withdrawn its bid to host the 2023 FIFA Women's World Cup.

The decision came as a big surprise to the football world, because FIFA, football's world governing body, is scheduled to decide the hosts of the tournament following an online board meeting on Thursday.

"The decision to withdraw from the bid was taken after careful and thorough consideration in the Japan Bid Committee as well as the JFA Executive Committee," JFA President Kohzo Tashima said in a statement.

Tashima, who is believed to have gotten infected with COVID-19 during his Europe and US lobby tour in February, said that the pandemic has hit the world football family hard, but that Japan will continue to support the affected football clubs financially and to work together with all stakeholders.

Japan was up against competition from Brazil, Colombia and the joint bid of Australia and New Zealand for the 2023 tournament, which will be the first featuring 32 teams.

It is believed that Japan pulled out of the bid because the Southeast Asian nations and regions planned to support Australia/New Zealand. Australia joined the Asian Football Confederation (AFC) in 2006.