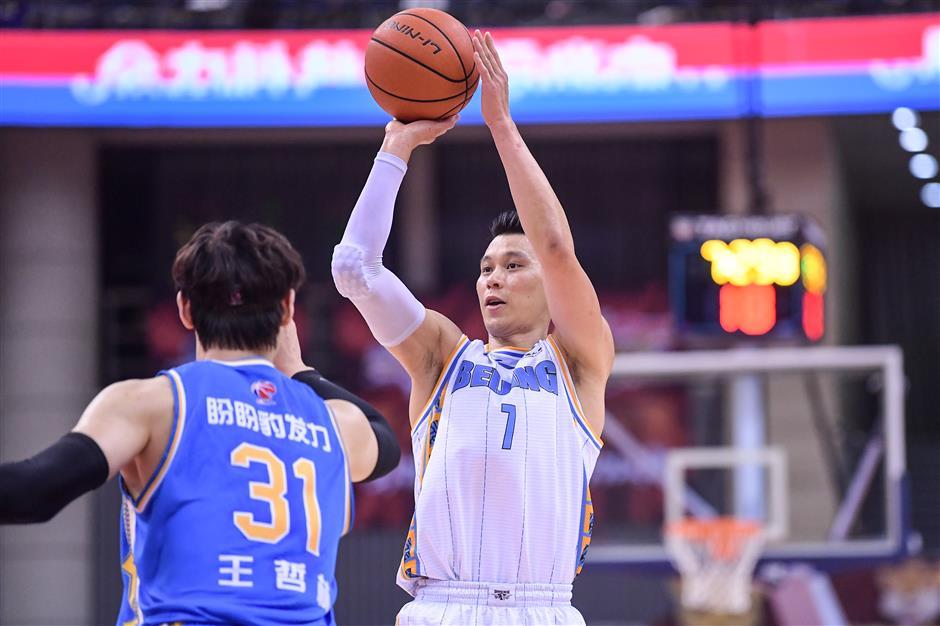 Jeremy Lin plays during a game between Beijing Ducks and Fujian Sturgeon in Qingdao, Shandong Province, on August 2, 2020. (Photo: Xinhua)

Jeremy Lin announced on Saturday that he will return to the Chinese Basketball Association side Beijing Ducks for the upcoming season.

"Beijing Ducks, I'm back. See you all fans soon," he wrote on Sina Weibo, posting a picture of him playing for the Beijing Ducks and Team North in the CBA All-Star game.

In his 43 appearances for Beijing in the 2019-20 season, Lin averaged 22.4 points, 5.6 rebounds, 5.6 assists and 1.9 steals, leading the team into the last four before they were eliminated by eventual champions the Guangdong Southern Tigers.

After that, Lin returned to the United States to play for the Santa Cruz Warriors, which were beaten in the semifinals of the 2021 NBA G League playoffs.

Lin's return will boost Beijing's chance of contending for the CBA title next season, insiders say. Without him, the Beijing side went through ups and downs in the 2020-21 season before falling to Guangdong in the quarterfinals.

"No regrets about the past, excited for the future. Still got a lot of basketball left in me and we'll see where this road goes. Beijing Ducks, excited to be back this upcoming season! Thank you all for going on this journey with me," Lin wrote on social media.

Beijing teammates and fans expressed excitement and anticipation when hearing Lin will return.

"I just received good news after getting up. Please line up to welcome this. Looking forward to fighting with him in the new season," center Fan Ziming replied to Lin's comeback announcement.

"I'm thrilled that we can play together again. He's an example, and I can learn something from him. Excited to train and compete together," said Beijing captain Zhai Xiaochuan.

"My happiness is back," a fan named 'Jackie' wrote on Weibo.