Jilin hold off Xinjiang in CBA 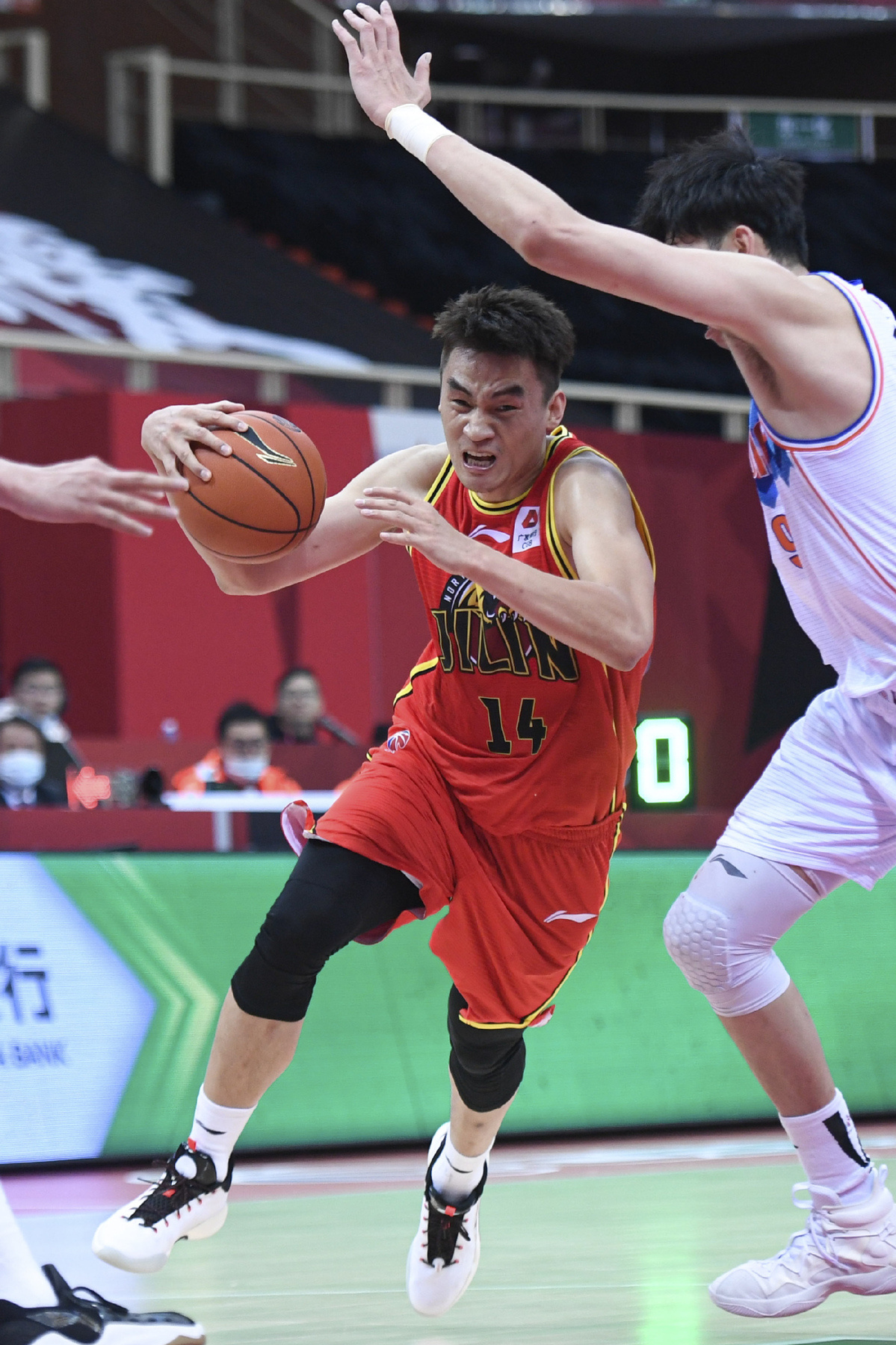 Yu Dehao, who handed over four assists in the first quarter, led Xinjiang to open the game with 28-20. The next quarter, it appeared Jilin was starting to take control, responding with a 21-4 run to hold an advantage of 41-32.

Zhou Qi scored inside to give Xinjiang some breathing room before Zhang Biao of Jilin chipped in with four straight points to pull away from their rivals.

In a tight defensive game with numerous physical contests, Jilin led by 16 at the halftime break, limiting Xinjiang to just 42 points.

Xinjiang battled back from the deficit in the third and was within five at 81-76 when the in-form Zhou Qi scored four straight points and Yu added another 3-pointer at the buzzer.

Jilin used a strong 7-0 run early to start the last quarter and Jiang Weize added a jumper from beyond the arc in the final period to close out the win.

"That's a team win and everybody stepped up, I think we're starting to find our rhythm," said Jilin coach Wang Han.

"They played harder than we did and we didn't give them enough pressure on defensive ends like before," said Xinjiang coach Adiljan. "We put ourselves in a bad situation after that second quarter run of 31-14."

Wang praised Zhang Biao's performance, from which he got 29 points.

"As a veteran player, making those shots at key period is pretty impressive," said Wang.