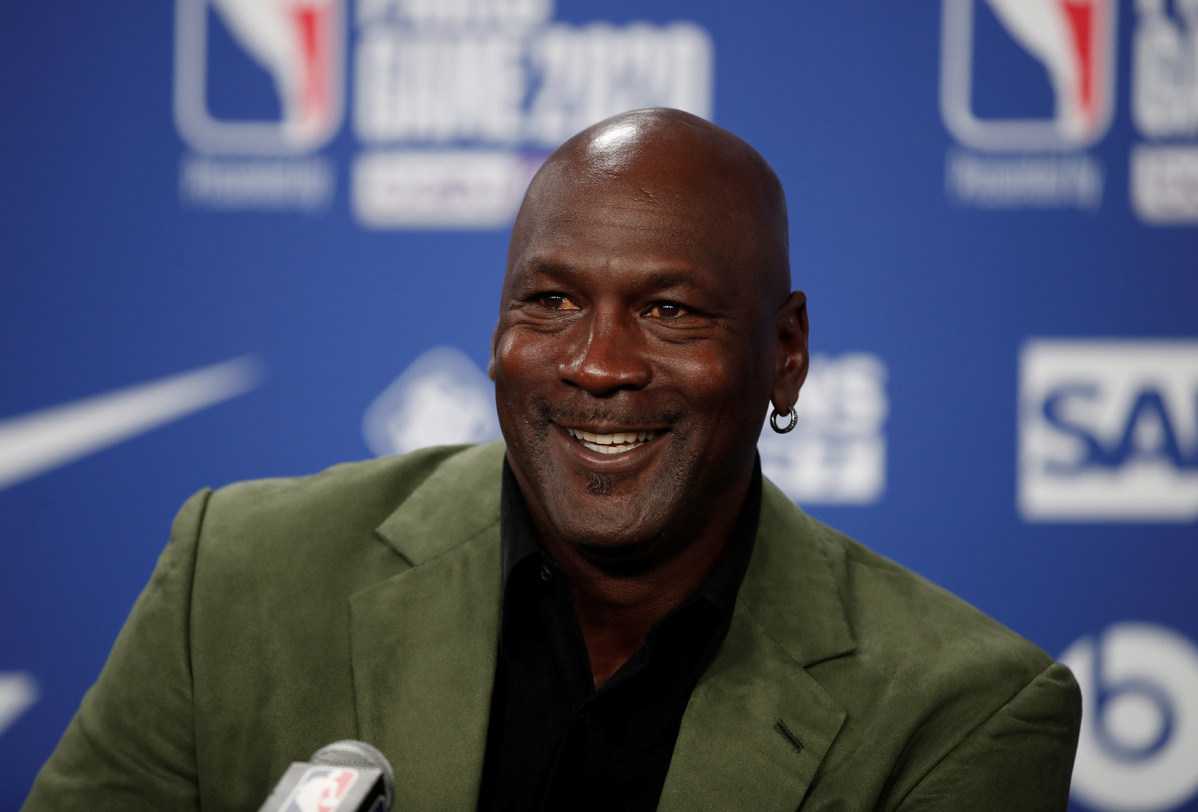 A new Michael Jordan television documentary has become a smash hit for NBA fans whose hope of watching the playoffs these days were scuttled by the coronavirus pandemic.

The Last Dance details the career of the NBA legend who led the Chicago Bulls to six titles in the 1990s.

It mixes previously unseen behind-the-scenes footage taken by a special camera crew during the Bulls' 1997-98 NBA championship run with the retelling of Jordan's amazing story from his youth to Chicago's fabled dynasty run.

The first two episodes, which were televised on April 19, drew 6.3 million and 5.8 million viewers, with the show becoming ESPN's most-watched original program since the sports network began producing such shows 16 years ago.

It was the top ESPN telecast in the advertiser-prized 18-to-34 demographic since the shutdown of sport due to the pandemic.

ESPN has aired discussion shows about the Jordan documentary, with Sunday's episodes about the legend's lingering hatred of the Detroit Pistons leading to Monday interviews with former Detroit star Isiah Thomas.

The Bulls lost to the Pistons in the Eastern Conference semifinals in 1988, as well as the 1989 and 1990 conference finals.

"Oh, I hated them," Jordan admitted in the fourth chapter of the documentary.

"And that hate carries even to this day."

The Pistons tried to limit Jordan's effectiveness by employing a bruising style of defense that came to be known as "The Jordan Rules".

"We knew Michael Jordan is the greatest player, and we tried to use it as a rallying cry to come together," said Thomas in the third episode.

"We had to do everything from a physicality standpoint to stop him."

"They made it personal," Jordan said. "They physically beat the ****out of us."

The Pistons snubbed the Bulls for post-game handshakes when Chicago swept the defending champions out of the 1991 playoffs.

Thomas defended his team's actions and berated players nowadays for being too friendly with each other.

Thomas was not selected as a member of the 1992 Barcelona US Olympic gold-medal "Dream Team"－an NBA All-Star lineup that featured Jordan－and Thomas said on Monday that he hoped the handshake snub wasn't the reason why he didn't make the historic lineup.

"If I'm not part of the Dream Team for that lapse of emotion, for not shaking somebody's hand, then I'm more disappointed today than I was back then when I wasn't selected," Thomas said.

"I paid a heavy price. If that moment meant I'm not selected to be on the Dream Team because of that moment, that's hurtful. That cuts deep."

Kobe Bryant, the Los Angeles Lakers superstar who died in a January helicopter crash, had a personal camera crew follow him around during his final NBA season, ESPN reported last week, hinting that behind-the-scenes footage could become part of a documentary on the 'Black Mamba'.

Bryant scored 60 points in his final NBA game in 2016, which capped the worst season in Lakers history at 17-65.

Dwyane Wade, a member of the American "Redeem Team" that won Olympic gold in Beijing in 2008 after a bronze four years earlier in Athens, says he is already executive-producing a documentary about that collection of NBA talent.