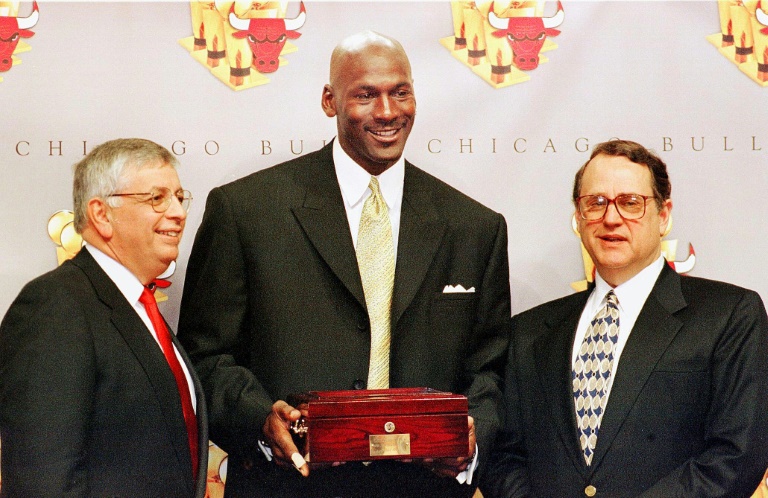 Michael Jordan believes the Chicago Bulls 1990s NBA dynasty would have stayed together for at least one more season if team chiefs had backed coach Phil Jackson.

The retired legend made his comments in the last chapter of hit documentary "The Last Dance", saying he would have re-signed a one-year deal had management kept the team together, including Dennis Rodman, Scottie Pippen and Jackson.

Instead, Jordan and Jackson stepped away from the game, only to return later, while Pippen and Steve Kerr were traded and Rodman was released.

The rebuilding Bulls missed the playoffs with losing records for the next six seasons after taking the 1998 title and since then have reached the Eastern Conference finals only once.

The 10-part saga concluded with Jordan saying he felt no sense of gratification to leave while on top.

"It's maddening, because I felt like we could have won seven," Jordan said. "I really believe that. We may not have, but man, just to not be able to try, that's something that I just can't accept for whatever reason."

Former Bulls general manager Jerry Krause had told Jackson before the 1997-98 season that it would be his last campaign as coach, a move that led to Jordan's exit and the Bulls breakup.

Krause, who died in 2017 at age 77, was concerned about trying to keep the team a contender and hoped for a quick rebuild, fearful of the quick plunge and rapid talent turnover that eventually came.

After offering no solace to Jackson during a difficult season, Bulls owner Jerry Reinsdorf said he called Jackson following the team's championship parade and offered him the chance to return for the 1998-99 season.

But Jackson said in the documentary that he rejected the offer after having spent the season as a lame duck.

"I said, 'Well, I think I should just take a break. I don't think it's fair to Jerry (Krause) and I know it would be difficult for him to accept that," Jackson said.

Reinsdorf, 84, called Jackson's decision the finish of the dynasty run.

"That was the end. It just came to an end on its own," Reinsdorf said.