Julie Ertz named US Soccer women’s player of the year 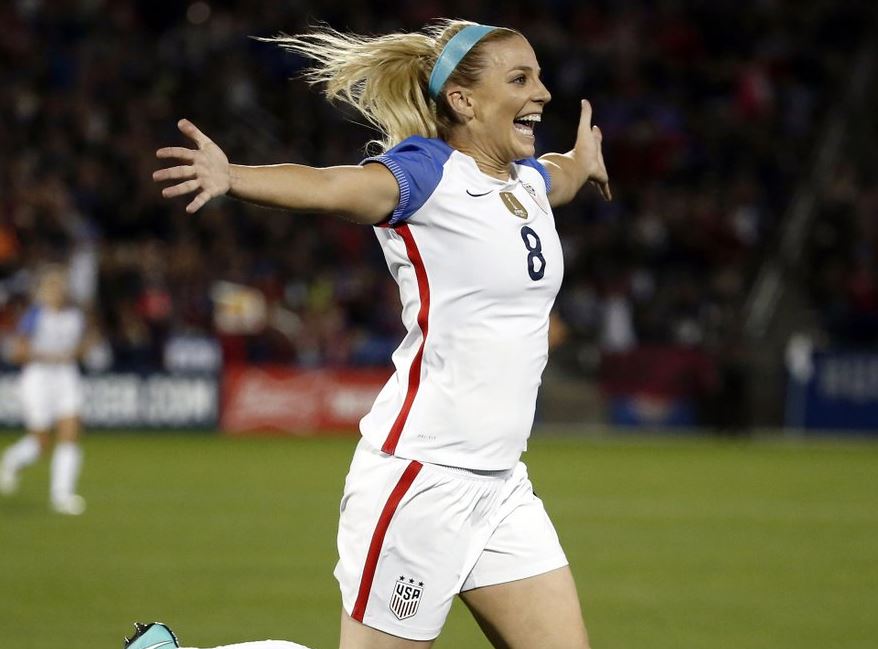 United States defender Julie Ertz (8) celebrates after scoring a goal against New Zealand during the first half of an international friendly soccer match in Commerce City, Colo. in 2017. (Photo: AP)

Julie Ertz was named the US Soccer women’s Player of the Year on Friday for the second time.

Ertz, a versatile midfielder who also won the award in 2017, was on the US teams that won World Cup championships in 2015 and again this summer in France.

Ertz, who played a more defensive role in 2015, scored her first World Cup goal this summer during a group-stage victory over Chile. The goal came on a leaping, twisting header which she celebrated by blowing a kiss to the crowd in Paris.

“It’s been a whirlwind of a year and one that I’m extremely grateful for,” Ertz said in a statement. “My team lifted me up in so many ways and our experiences on and off the field in 2019 just encapsulate the love I have for the National Team and for wearing this crest and what it represents.”

The 27-year-old, who was named Young Player of the Year in 2012, has 95 career appearances with the senior US team and started 22 matches this year, most on the team. She has 20 career goals with the national team. Ertz also plays for the Chicago Red Stars of the National Women’s Soccer League.

With the Red Stars, she started in 14 games at midfielder and center back. Chicago finished in second place in the league standings and went to the NWSL title game but fell to North Carolina.

“Julie was such a critical part of our success this summer,” said former US coach Jill Ellis, who stepped down following the World Cup. “It’s wonderful that she’s being recognized in this way. She’s always a consummate professional regardless of the environment. Whether it’s in training, National Team games or in the NWSL, she always brings a level of professionalism, effort and talent.”

The women’s Player of the Year award is determined by a vote of national team coaches and players, select media members, NWSL and select college coaches, US Soccer board members and others.