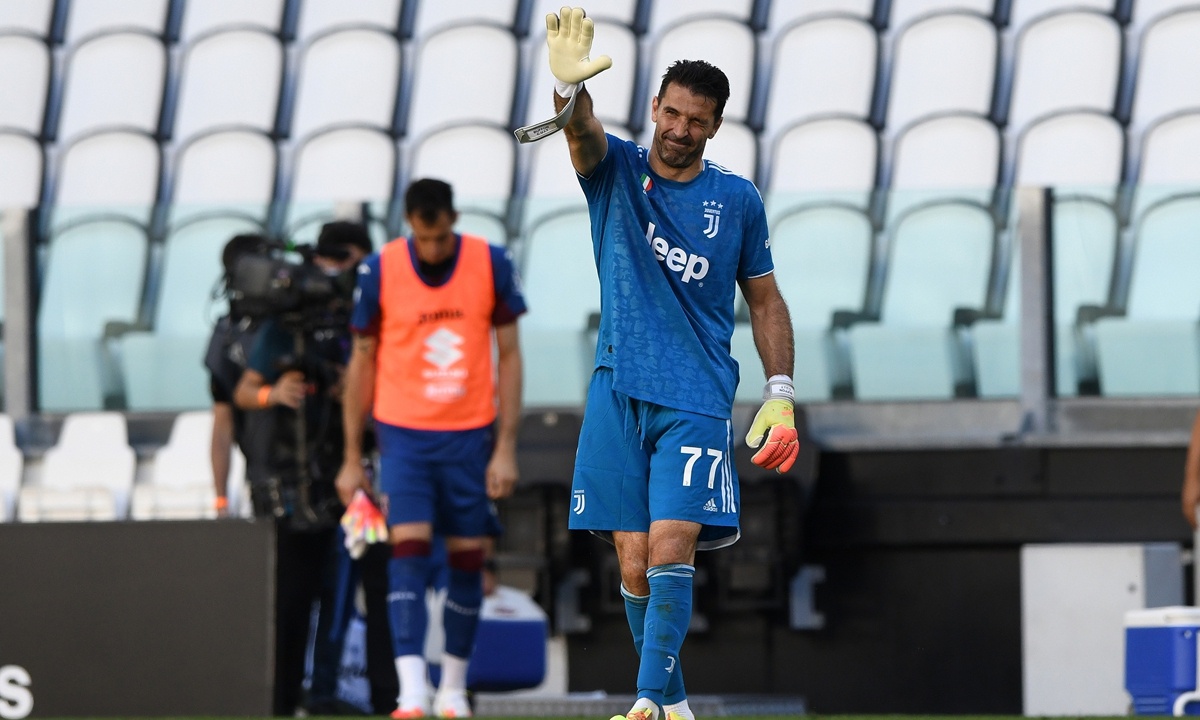 Gianluigi Buffon set a new Serie A appearances record on Saturday as Juventus beat Torino 4-1 in the Turin derby to move seven points clear at the top of the table after nearest challengers Lazio lost to a Zlatan Ibrahimovic-inspired AC Milan.

The 42-year-old goalkeeper passed the previous record of 647 appearances he jointly held with AC Milan great Paolo Maldini as he started the game at the ­Allianz Stadium.

Cristiano Ronaldo was among the scorers, becoming the first Juve player to score 25 Serie A goals in a season in 59 years, as Sarri's men moved further clear of second-placed Lazio, who were beaten 3-0 by Milan at the Stadio Olimpico.

"We were a bit chaotic at the start of the second half, but when fatigue set in, that's when our quality emerged," added Sarri.

The record comes 25 years after Buffon made his Serie A debut for Parma and 19 years after he first signed for Juventus.

The hosts wasted little time in taking the lead as Paulo Dybala scored in the third minute with an excellent individual goal, collecting Juan Cuadrado's pass before jinking past two defenders and firing a left-footed shot into the roof of the net.

Juventus doubled the advantage just before the half hour as Ronaldo charged forward before laying the ball off for Cuadrado to drive low into the corner of the net.

Torino gave themselves hope when Andrea Belotti scored a penalty past Buffon in the sixth minute of first-half injury time.

Simone Verdi was denied an equalizer early in the second half by the linesman's flag, but Ronaldo put the game to bed in the 61st minute with a brilliant free kick.

It was the first time the five-time Ballon d'Or winner had scored a free kick in Serie A and it was his 25th league goal of the campaign, making the Portuguese the first Juventus player to achieve that feat since Omar Sivori in the 1960-61 season.

"I really needed that free kick goal so I could get some confidence back," Ronaldo said after scoring his first direct free kick at the 43rd attempt for Juve.

Juve were not done and made it four with three minutes remaining as Torino defender Koffi Djidji put through his own net. They received help in their bid for a ninth straight Serie A title later in the day as Ibrahimovic scored one goal and assisted on another in his first start since the coronavirus lockdown.

Lazio struggled to find their cutting edge without a recognized striker, as the league's leading scorer Ciro Immobile and his natural replacement Felipe Caicedo were both suspended.

The away side took the lead midway through the first half when Ibrahimovic teed up Hakan Calhanoglu to score with a long-range deflected effort.

The 38-year-old Swede netted a penalty in the 34th minute to score his fifth goal since rejoining Milan from LA Galaxy in January.

Ibrahimovic was substituted at halftime, but his replacement Ante Rebic put the result beyond doubt in the 59th minute as Lazio's dream of a first league title in 20 years suffered a potentially fatal blow.

"We've got to look forward and prepare for the next match. We know the journey we have taken and have no intention of letting go," Lazio coach Simone Inzaghi told DAZN.

Milan, unbeaten in four games since the resumption, moved above Napoli into sixth, which carries qualification for the Europa League.