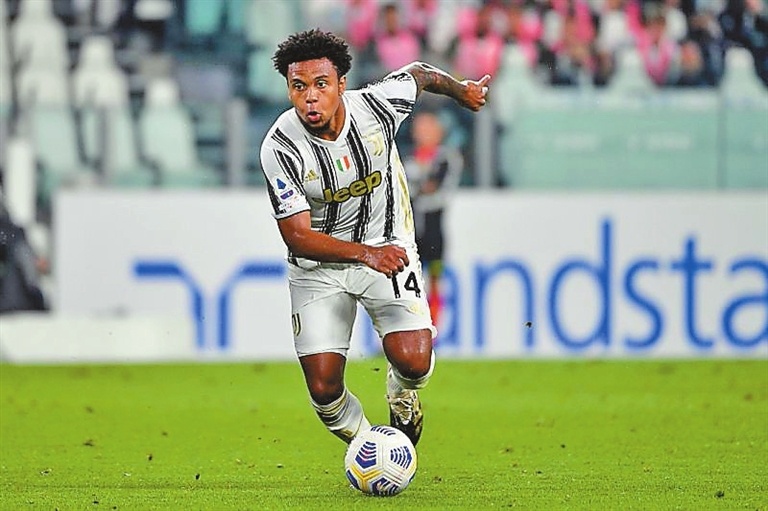 THE entire Juventus first team has gone into voluntary isolation after another member of the Italian champion — American midfielder Weston McKennie — tested positive for COVID-19.

The news that McKennie had contracted the coronavirus came a day after it was announced that Cristiano Ronaldo, Juve’s superstar forward, had also contracted the virus, which has killed more than a million people around the world in less than a year. The club also revealed that a player and staff member with its under-23 team were infected, too. Two other Juventus staffers had recently returned confirmed positive tests.

Several members of the Juventus squad, including Ronaldo, are currently away from the Serie A club and with their respective national teams for UEFA Nations League matches or South American World Cup qualifiers. The first teamers who stayed behind in Turin and returned negative tests will enter isolation Wednesday night, the team said in a statement.

“This procedure will allow all subjects negative to the controls to carry out regular training and match activities, but will not allow contact with the outside of the group,” the statement read in part.

Juventus is supposed to take on Crotone on Saturday in Serie A before opening its Champions League slate against Dynamo Kiev next week.

Meanwhile, Napoli is to appeal the 3-0 defeat and one-point deduction imposed by the Italian soccer league Wednesday for failing to turn up for its Serie A clash at Juventus earlier this month because of two coronavirus cases. The Serie A disciplinary commission ruled that there had been no “force majeure” preventing Napoli from travelling despite two players testing positive and the team in isolation.