Juventus of Serie A took a heavy blow as they were deducted 15 points for the ongoing 2022-23 campaign for inflating transfer values and lying to financial officials, the Italian Football Federation (FIGC) announced on Friday. 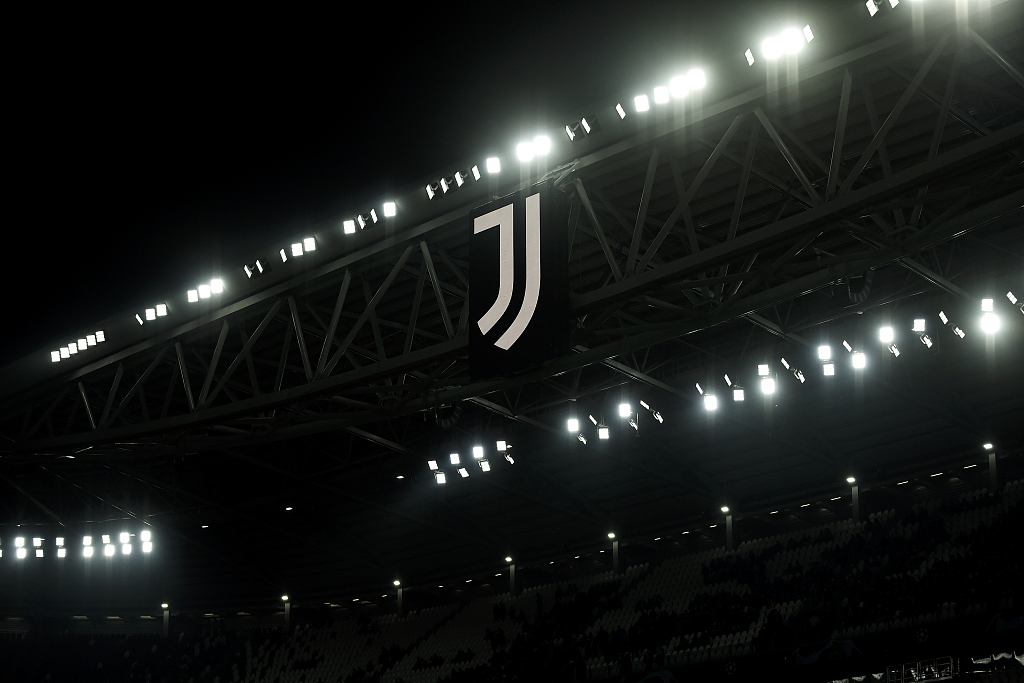 Logo of Juventus is seen on the screen during the UEFA Champions League game against Malmo at Juventus Stadium in Turin, Italy, December 8, 2021. (Photo: CFP)

"The Federal Court of Appeals, presided over by Mario Luigi Torsello, has partially accepted the appeal brought by the Federal Prosecutor's Office for the partial revocation of the decision of the Federal Court of Appeals, United Sections No. 89 of 27 May 2022, thus sanctioning Juventus with a 15-point penalty to be served during the current season and with a series of inhibitions for eleven executives," FIGC said in a statement.

Andrea Agnelli, who stepped down as chairman last November, and the club's former CEO Maurizio Arrivabene, were both banned from holding office in Italian football for 24 months; former sports director Fabio Paratici was handed a 30-month-long inhibition; his successor Federico Cherubini will stay away from football activity in Italy for 16 months.

Juventus denied any wrongdoing and said they will appeal to Italy's sports guarantee court after the reasons were published for the ruling.

"We consider this to be a blatant injustice also for millions of fans, which we trust will soon be remedied in the next court," the club's lawyers said.

Another eight clubs, including Sampdoria and Empoli of Serie A, and their directors, were acquitted, the court confirmed.

Having lost 15 points, Juventus dropped from the third to 10th on the Serie A's standings table, 25 points behind the leading Napoli. With 20 games to go, the "Old Ladies" are unlikely to return to the title race. They may be still hopeful of fighting for European competitions (UEFA Champions League and UEFA Europa League) qualification. In order to do that, Juventus must reach top six of the league. They are currently 12 points behind the No. 6 AS Roma.