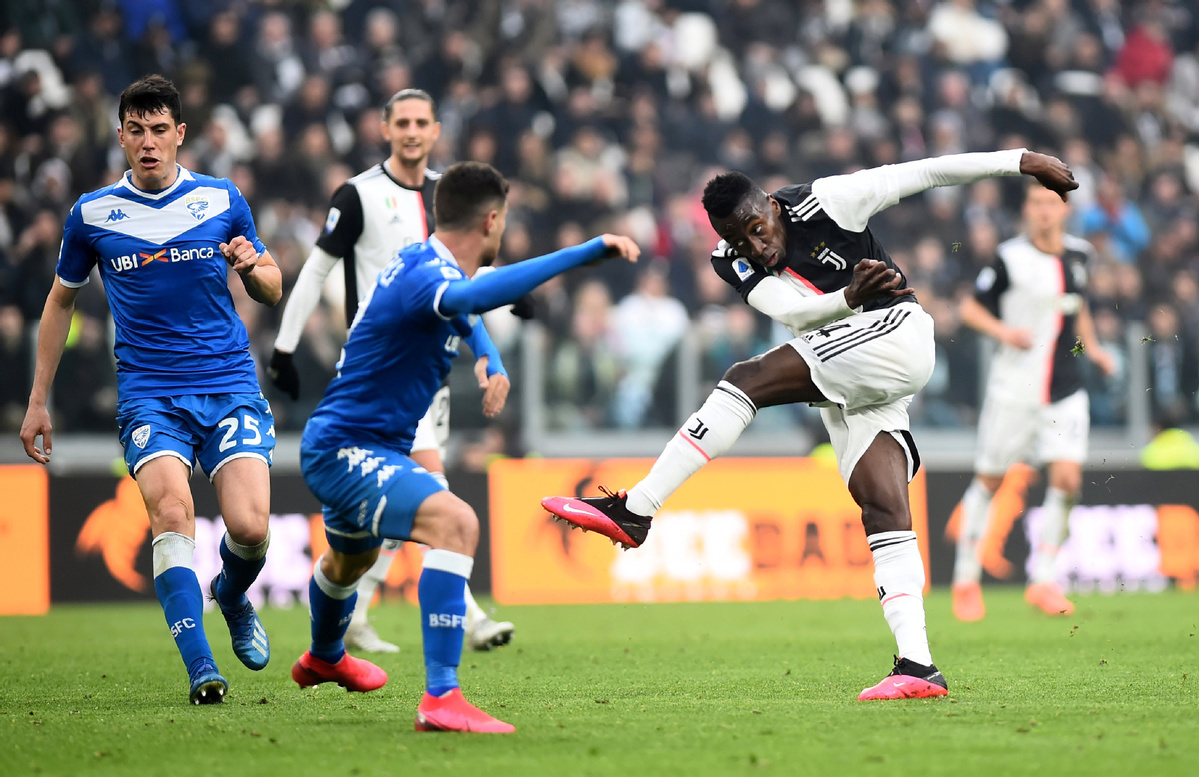 Juventus' Blaise Matuidi in action during the match against Brescia in Turin, Italy, February 16, 2020. (Photo: Agencies)

"Blaise Matuidi has undergone medical tests that have revealed his positivity to the Coronavirus-COVID-19," read a statement.

The Frenchman was kept in quarantine since March 11, shortly after his teammate Daniele Rugani became the first player in Serie A being found with the illness.

Having joined the Bianconeri in the summer of 2017, Matuidi made 31 appearances this season, providing one goal and two assists.

According to the defending champion of Serie A, the 32-year-old France international currently has no symptoms of the disease.

"The player, as of Wednesday 11 March, has been in voluntary home isolation. He will continue to be monitored and will follow the same regime. He is well and is asymptomatic."

Besides Juventus, players and staffs from Sampdoria and Fiorentina of Serie A have also been diagnosed with the illness.