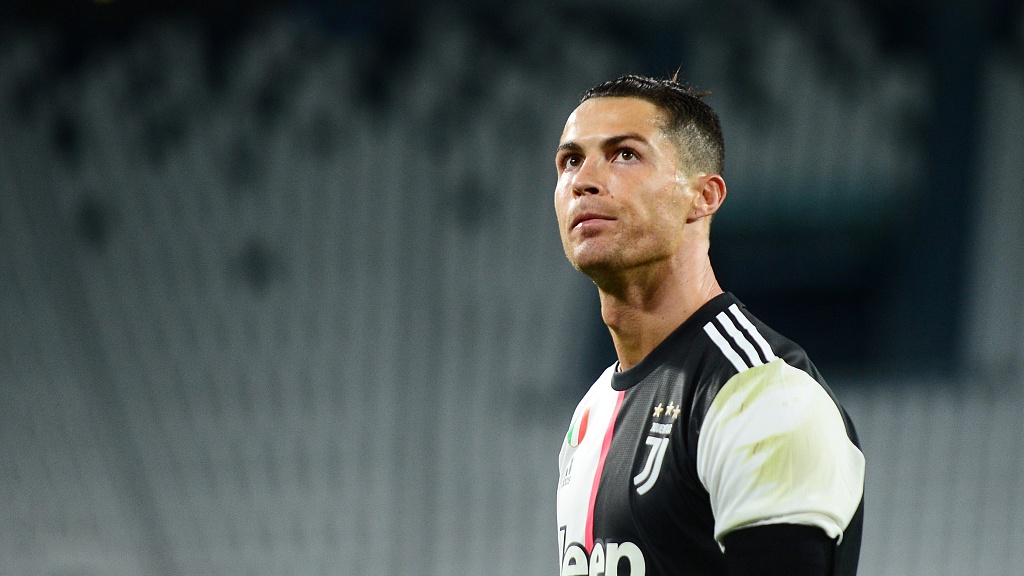 Juventus have reached the Coppa Italia final on the away goals rule after a 0-0 draw with AC Milan in the second leg of semi-final that took place on Friday, 94 days since football games were put on a hold in Italy due to the global pandemic.

Football season has officially resumed in the country, with Napoli hosting Inter Milan in the other semi-final second leg today, as well as the Serie A starting on June 20.

After the teams walked out of the tunnel separately, there was a one-minute silence before the game in memory of those who lost their lives because of the coronavirus pandemic, followed by applause for medical workers. 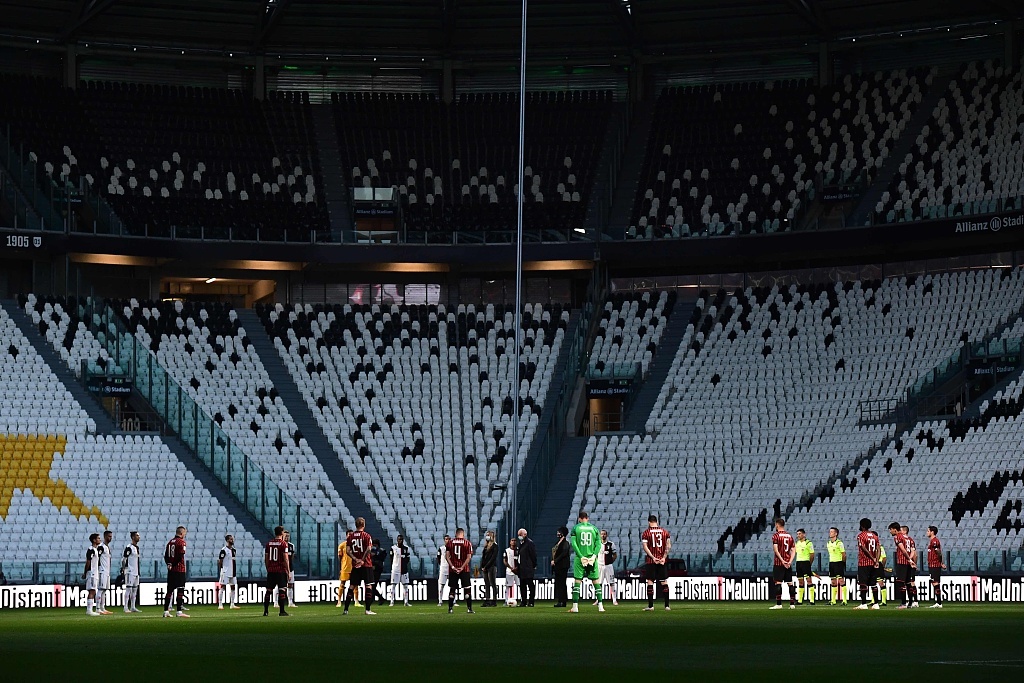 Players hold a minute of silence prior to the Coppa Italia semi-final second leg match between Juventus and AC Milan at the Allianz stadium in Turin, Italy, June 12, 2020. /VCG

Not long since the game started, Juventus were awarded a penalty after VAR review for handball. However, Cristiano Ronaldo fired the spot kick onto the base of the left post and missed it.

Milan, missing veteran forward Zlatan Ibrahimovic with a calf injury, held out well but rarely threatened to snatch the goal that would have taken them into the final.

They caused Juventus only one real fright when Hakan Calhanoglu was close with a diving header early in the second half.

AC Milan coach Stefano Poli reflected on the goal they conceded at home and Rebic's red card and said, "We committed the naive act of ending up with a man less. Then afterwards we had a great game and then we had chances to go ahead." 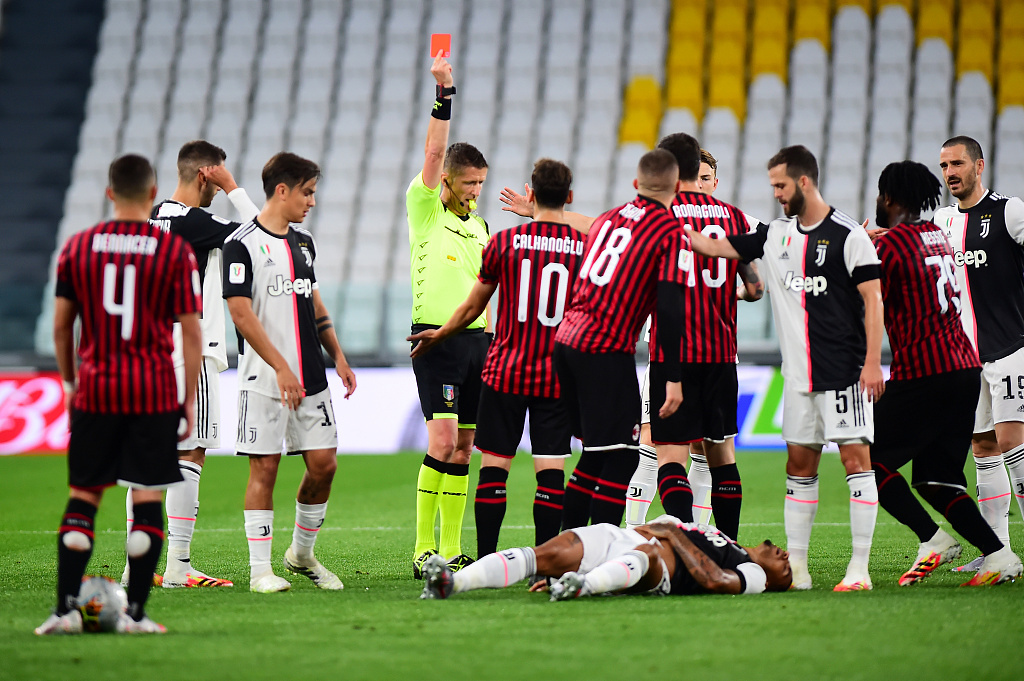 Juventus coach Maurizio Sarri said he felt his team played ''the best they have this season'' in the first 30 minutes.

"Starting again is hard and doing so without fans is an enormous difficulty.''

''The physical condition can't be anything but a medium-low level after a break of 70 days on the sofa, because this isn't a summer break, it's something much more devastating on a physical level and on a mental level," he added.

Currently, Juventus is one point clear of Lazio at the top of the standing, with 12 rounds left to be played in six weeks.