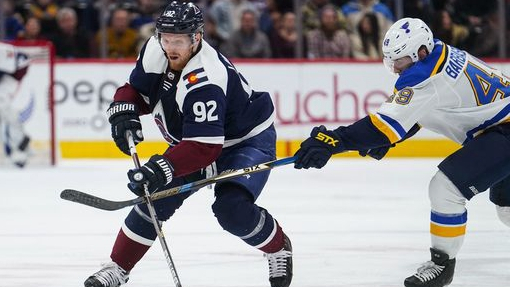 With a big offensive push, the Colorado Avalanche turned the page on a tough stretch at home and against the St. Louis Blues in particular.

Nazem Kadri scored twice, Nathan MacKinnon had a goal and three assists, and the Avalanche beat the Blues 7-3 Thursday night to snap a four-game skid at home.

Rookie defenseman Cale Makar added a power-play goal and an assist for the Avalanche, who also ended a six-game losing streak to the Blues, including two losses earlier this season in St. Louis. Mikko Rantanen J.T. Compher also had power-play goals, and Joonas Donskoi had the other goal for the Avalanche. Samuel Girard finished with four assists.

"Today was a good start in the right direction," said Avalanche goalie Philipp Grubauer, who had 24 saves. "Everybody was going. We need that. (The Blues) are a really good team, so huge points for us. We didn't do well the last couple games against them. It was a good statement game for us. We need to keep collecting points and playing the right way. You miss a point here and there, it's going to cost you in the end." 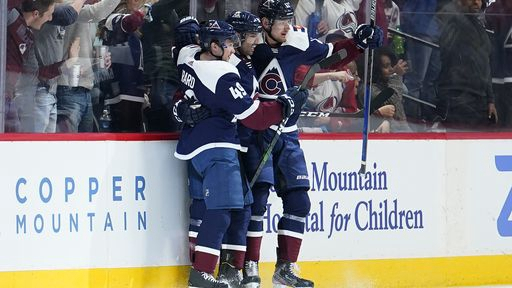 MacKinnon said he liked the way the Avalanche responded with a big third period after the Blues had fought back from a three-goal deficit to make a game of it.

"I think we were just due, honestly," MacKinnon said. "We were giving all the opponents their goals in the third, we had bad breakdowns. Something just felt kind of different tonight when they made it 3-2. There was no panic and Cale had a big goal, and that kind of iced it. We knew we needed some maturity from everybody at that time."

Robert Thomas had two goals and Alex Pietrangelo also scored for St. Louis, which lost its second in a row after winning the previous eight. 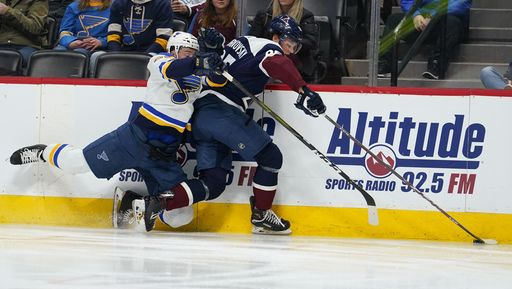 Penalties also were an issue for the Blues, who gave up three scores when Colorado was on the power play.

"We took too many penalties," Blues coach Craig Berube said. "We can't put us down 5-on-3 against that team."

MacKinnon converted a St. Louis turnover in Colorado's zone into a breakaway that led to the game's opening goal with 11 seconds left in the first as he wristed a shot past Binnington.

The Avalanche added two goals in the first half of the second period. Kadri knocked in a rebound for his first of the night at 3:20. The Avalanche were in a 5-on-3 power play when Rantanen got a cross-ice pass from Makar and wristed a shot into the net from center of the right circle at 7:40.