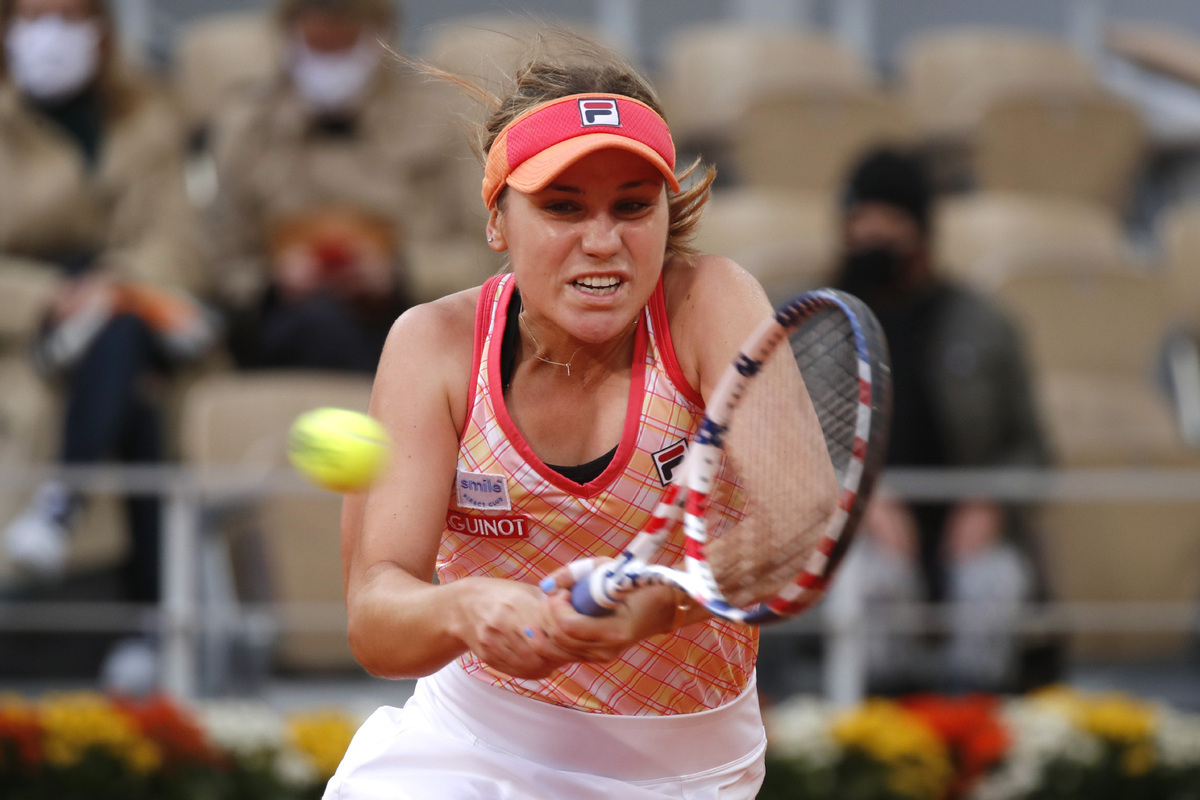 Sofia Kenin of the US in action during her semi final match against Czech Republic's Petra Kvitova at the French Open tournament, Roland Carros, Paris, France, October 8, 2020. (Photo: Agencies)

The reigning Australian Open champion will contest for her second major title with Polish teenager Iga Swiatek, who needed only 70 minutes to storm to a 6-2, 6-1 victory over Argentine qualifier Nadia Podoroska.

"I've already done it in Australia," said the 21-year-old Kenin, "I've had tough matches these past two weeks and I'm so excited to be in the final. It's incredible. I'm going to enjoy this moment today and get ready for the final tomorrow (on Saturday)."

The American improved her 2020 record in majors to a spectacular 16-1 after the win, during which she avoided the need for a deciding set and saved 10 of 12 breakpoints to seal the victory.

"Petra is such a tough player. She has got an aggressive game and a huge serve. I'm super proud of myself," added Kenin.

In a hard-fought second set, Kenin failed the first time when serving for the match in the 10th game, but completed the job given the other opportunity in the 12th.

The fourth seed has yet to play Swiatek on the Tour but encountered with each other on the same stage in the junior competitions four years ago.

"We played in the juniors in the French Open, I lost but it was a close one," said Kenin. "I'm going to prepare for the final and I'm going to do my best."

The 19-year-old Swiatek continued her stunning run at Roland Garros as she has made the history for her country by becoming the first Polish woman to play in the final in Paris during the Open era.

The world No.53, who is also in the doubles semifinals along with Nicole Melichar, had lost just 23 games in her six matches prior to the final showdown.

"I'm kind of surprised! I never thought before the tournament I would play so well. But always knew that if I was going to make a final of a Grand Slam, it would be the French Open," said the Polish teenager said, who crashed Podoroska's hope to become the first qualifier ever to make into the final at a major.

"I wanted to play this match as if it was the first round. I didn't want to think it was a semifinal because it would have stressed me out."

Swiatek fired 22 winners in the one-sided match, half of which came from her strong forehand.