SPORTS Kenya's Kipchoge to be ready for Olympics challenge

Kenya's Kipchoge to be ready for Olympics challenge

Olympic champion and world marathon record holder, Eliud Kipchoge insisted on Friday that he will be ready for his title defense at Tokyo 2020 Games this summer. 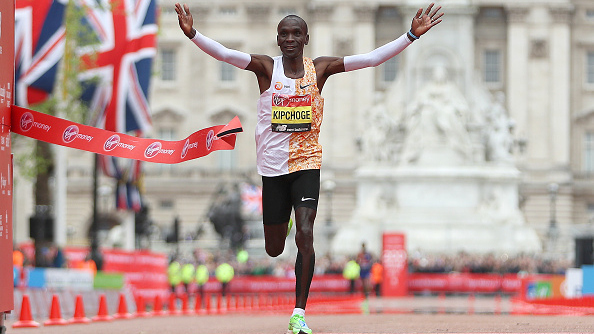 Speaking after being named in the Kenya men's marathon team for the Olympics final that will start on August 9, the Rio 2016 gold winner noted he has enough time to prepare after running the London Marathon in April where he is bidding to be the first man to win five titles.

"I'm running in London on April 26, all will be well for Tokyo 2020," said Kipchoge who became the first man to run the marathon distance in under two hours last year in Vienna.

Kipchoge, 35, has his work cut out this season in a bid to sustain his standing as the Greatest of All Time in the marathon having swept all the honors last year with a fourth London win before he stopped the clock at a staggering 1:59:40.20 in a special race in Vienna last October.

In London, he will come up against Ethiopian titan Kenenisa Bekele who came close to breaking his 2:01:39 world record in Berlin last year when he won the race in 2:01:41 in a staggering field.

Speaking separately, Kipruto who trailed Kipchoge across the line at the 2018 Berlin Marathon for the Kenyan 1-2 when the latter broke the world record is also gearing for a second podium run in Kenyan colors in Tokyo.

"I'm so happy to get another chance to represent my country. After bringing bronze from Qatar, I'm aiming for the podium once more," Kipruto said.

Kipruto shot to fame in 2018 when he finished second behind Kipchoge who posted a new world marathon record in Berlin.

Bedan Karoki, the Tokyo 2019 silver winner and Titus Ekiru are the standby athletes for the men's marathon team.

The women's line-up will be spearheaded by world champion Ruth Chepng'etich, Chicago winner and world record holder Brigid Kosgei, and Rio Olympics 5,000m champion Vivian Cheruiyot who has since stepped up the distance.