NAIROBI, Jan. 18 (Xinhua) -- Athletics Kenya (AK) has admitted that some of the country's top athletes are running away from doping control officers. 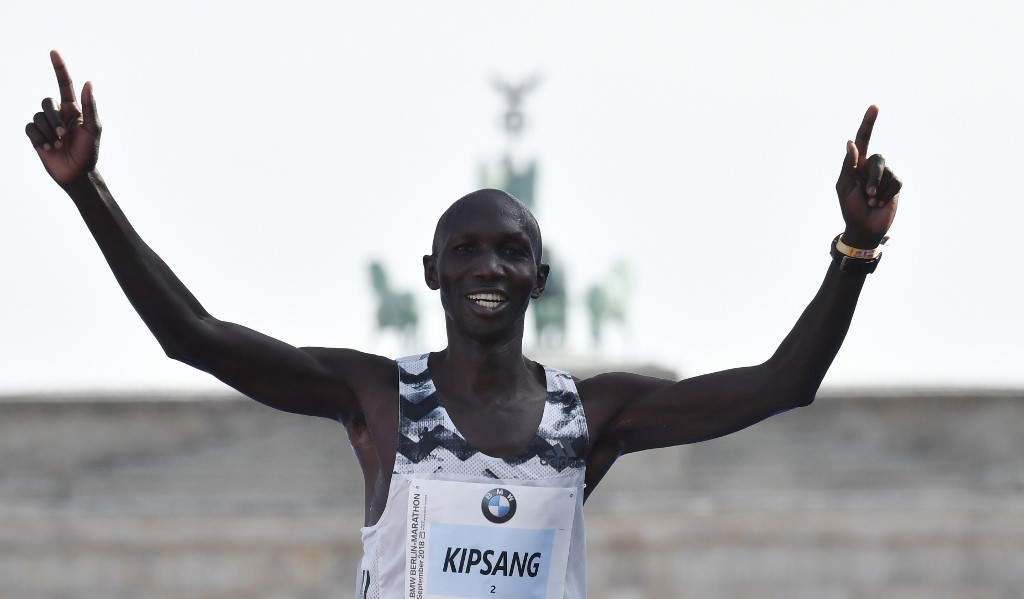 Kenya's Wilson Kipsang crosses the finish line to place third at the Berlin Marathon on September 16, 2018 in Berlin. (File photo by AFP)

AK president Jackson Tuwei warned the athletes concerned that their days were numbered, urging those involved in subverting the anti-doping process to quit the sport.

"Athletes should know that with the kind of machinery we have to fight doping, there is nowhere anyone can hide for them and it is either they work hand in hand and remain clean and remain relevant in the sport or hang up their spikes altogether because the anti-doping winds are too strong for those who want to engage in hide and seek," Tuwei said Friday evening.

He was reacting to the surprise reports in the past week where the country's notable runners- former world marathon record holder, Wilson Kipsang and Rio 2016 Olympics men 800m finalist, Alfred Kipketer- were suspended by the Athletics Integrity Unit (AIU) for violating the whereabouts rule.

Both have been charged with Anti-Doping Rules Violations (ADRVs) and are ineligible to compete until their cases are heard and determined by the AIU.

He absolved the local governing body from blame in the escalating number of ARDVs in the country stating that potential cheats were devising new ways to skip the doping control systems in place.

"This is a very serious issue. Why should an athlete run away when they have been asked to give a sample? Why are athletes refusing to be tested? There are other tactics that athletes are using to make sure they are not tested," wondered Tuwei.

"All athletes will be tested. Those who miss testing three times in 12 months, that will be taken as a doping offense will be