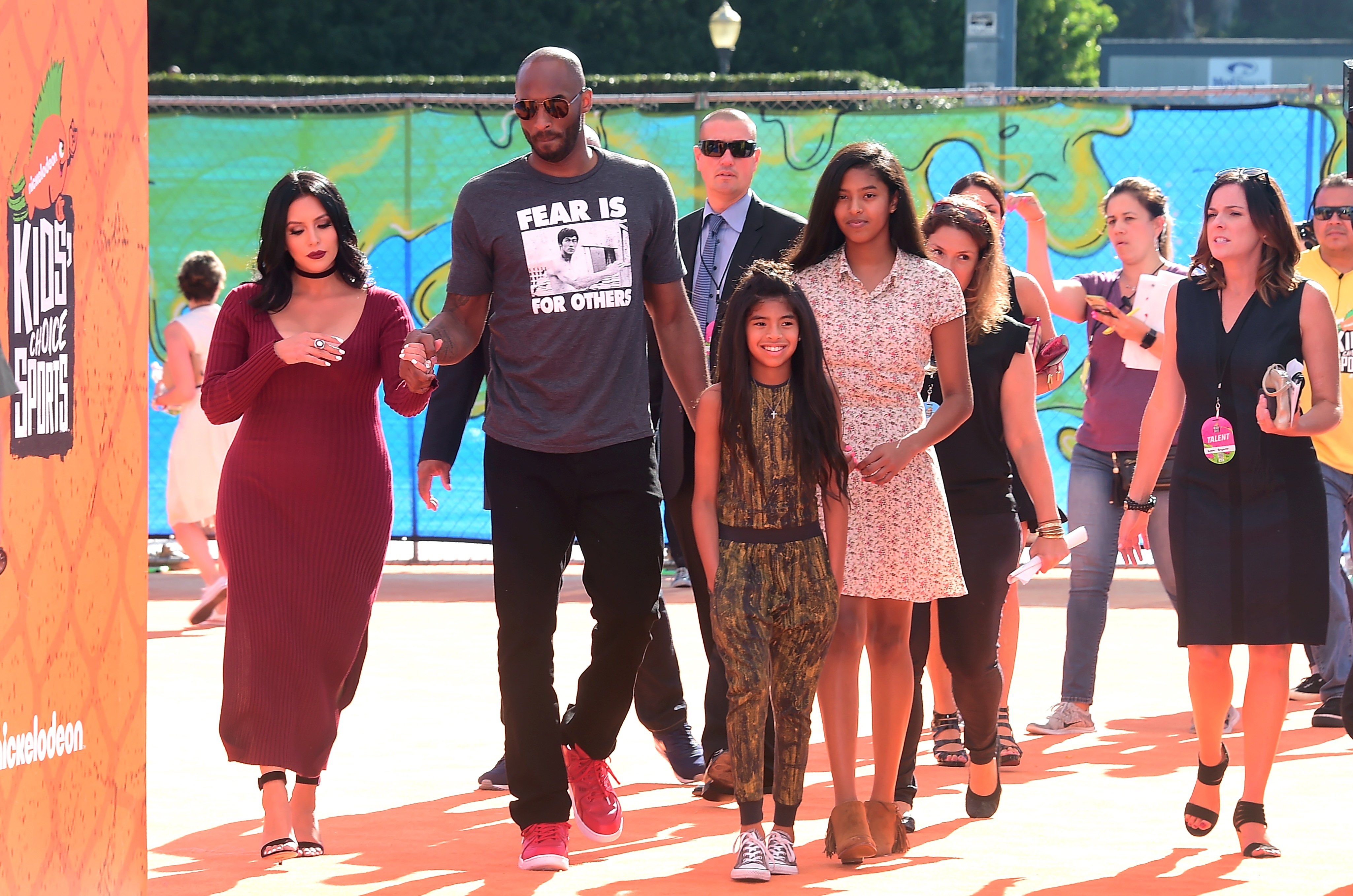 "There aren't enough words to describe our pain right now," she wrote in an Instagram post accompanied by a picture of her entire family. "I take comfort in knowing that Kobe and Gigi both knew that they were so deeply loved."

She said the family fell into devastation after the sudden loss of her husband and daughter, calling Kobe as an adoring husband and father and describing Gianna "a loving, thoughtful, and wonderful daughter" and an amazing sister to their three other daughters, Natalia, Bianka and Capri.

"I'm not sure what our lives hold beyond today, and it's impossible to imagine life without them," the post read. "But we wake up each day, trying to keep pushing because Kobe, and our baby girl, Gigi, are shining on us to light the way. Our love for them is endless -- and that's to say, immeasurable. I just wish I could hug them, kiss them and bless them. Have them here with us, forever."

Vanessa Bryant thanked the millions of fans who have shown support during what she called a "horrific time" and announced that the Mamba Sports Foundation had set up the MambaOnThree Fund to help support families affected by the horrific helicopter wreck.

"We are also devastated for the families who lost their loved ones on Sunday, and we share in their grief intimately. There aren't enough words to describe our pain right now." Vanessa Bryant said.

Vanessa Bryant's Wednesday post on Instagram was liked by over 5 million viewers with more than 375 thousand comments in four hours.

Kobe and Gianna, 13, died in a helicopter crash in Calabasas, 50 kilometers east of Los Angeles downtown. They were among nine victims in the crash, which remains under investigation by the authority.

Kobe and Vanessa Bryant, 37, married in 2001, and they had four daughters together.