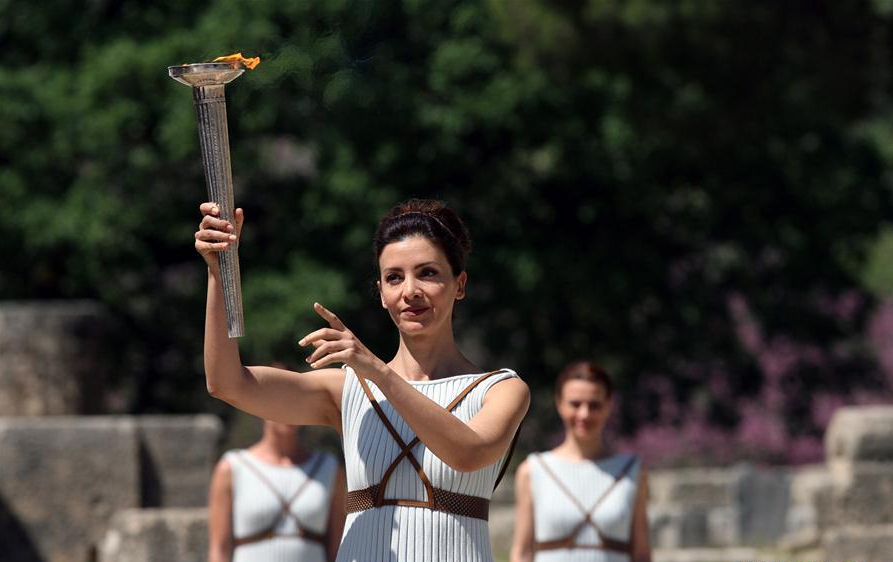 ATHENS, Feb. 6 (Xinhua) -- Greek Olympic shooting champion Anna Korakaki will be the first-ever woman to be the first to carry the Olympic Flame, the Hellenic Olympic Committee (HOC) announced on Thursday.

The committee decided unanimously that Korakaki will be the first torchbearer during the Olympic Flame Lighting ceremony for the 2020 Tokyo Olympic Games on March 12 at the ancient Olympia, in western Greece.

The Olympic Flame will be handed over by Greek actress Xanthi Georgiou, who will be playing the role of an ancient Greek High Priestess, according to an e-mailed HOC press release.

The Olympic Flame will be ignited during a ritual ceremony using the sun's rays inside the ancient stadium.

Korakaki won a gold and a bronze medal at the 2016 Rio Olympic Games and was the world champion in 2018.

The last Greek torchbearer to carry the Flame inside the Panathenaic Stadium in Athens during the handover ceremony on March 19 will be another female athlete, Katerina Stefanidi, according to the press statement.

Stefanidi won a gold medal in pole vaulting at the 2016 Olympics.

"It is a historic moment. Congratulations to both of our athletes," said Spyros Capralos, HOC President and International Olympic Committee member.