LeBron James slammed the NBA's plans for staging an All-Star Game during the global Covid-19 pandemic, describing it as "a slap in the face" for players. 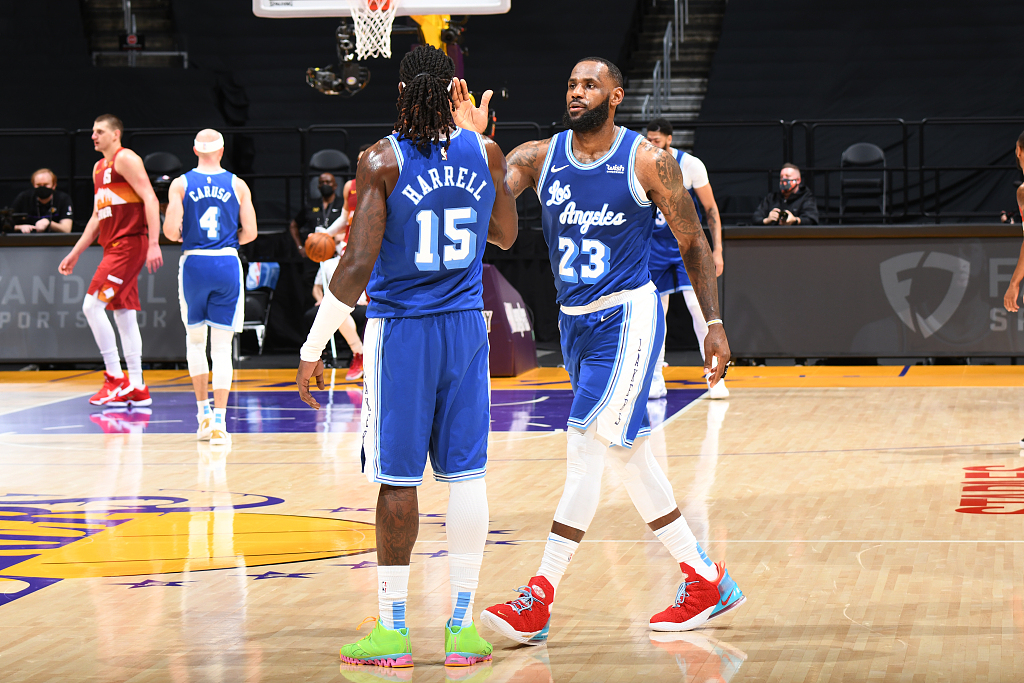 "I have zero energy and zero excitement about an All-Star Game this year," James said Thursday night following the Los Angeles Lakers 114-93 victory over the Denver Nuggets.

"I am not happy about it. If I am selected I will be there physically but not mentally."

The 2021 All-Star Game had previously been cancelled but on Thursday The Athletic reported that the NBA had reached an agreement with the players association to host the event in Atlanta, Georgia on March 7.

The move to hold an All-Star Game this season comes after the event in Indianapolis was initially cancelled before the season started, due to the pandemic, and the NBA awarded the Pacers with the 2024 All-Star Game instead.

Critics have said the league is using the All-Star Game as a way to recoup some of the revenue lost during the pandemic.

James said the reigning NBA champion Lakers' players were looking forward to some much needed time off after one of the shortest offseasons in league history.

"We came off a short offseason of 71 days and then coming into season we were told we were not going to have an All Star Game so we would have a nice little break. Then they throw an All-Star Game on us like this," James said.

"It is pretty much a slap in the face. We are still dealing with pandemic and we are going to bring the whole league into a city that is open."

James wasn't the only player speaking out against the showcase event. With Covid-19 safety measures needed for regular games and plenty of those already postponed, staging the contest is a "stupid" idea, Sacramento Kings guard De'Aaron Fox said.

"If I'm going to be brutally honest, I think it's stupid," Fox said. "If we have to wear a mask and do all of this for a regular game, then what's the point of bringing the All-Star Game back?

"Obviously, money makes the world go round, so it is what it is."

"You know you get fined," he added. "If you're supposed to be in it and you're not hurt and you decide not to play, that's a hefty fine, so hell yeah, I would play in it."