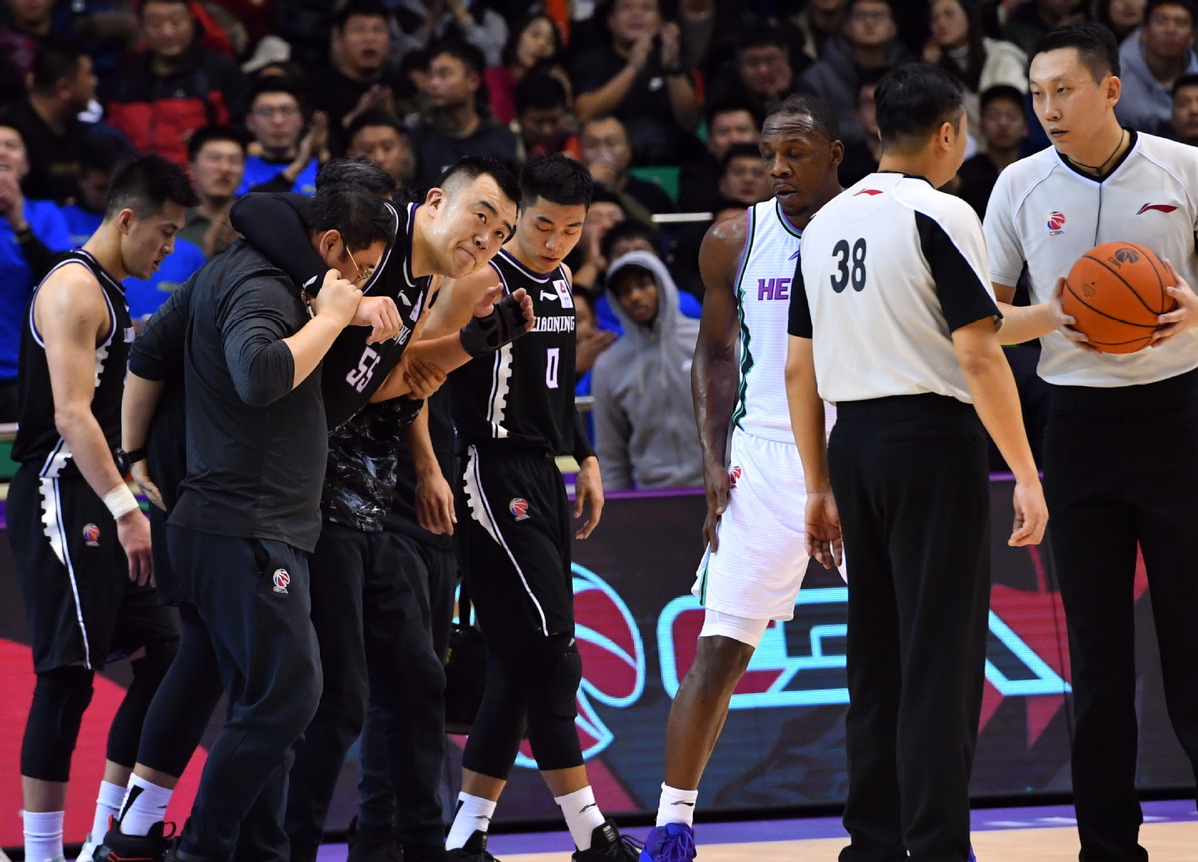 With a minute and a half left to play in Liaoning's 114-94 road loss to Shandong Heroes on Thursday, Han fell and had to be helped off court by his teammates.

"Our captain Han Dejun was injured and left the court late in the game against Shandong. Checks at the local hospital showed nothing serious but he needs to undergo further observation," read a Liaoning statement on social media.

Several hours before his injury, Han had been named CBA Player of the Week after averaging 19 points, 13 rebounds and 1.7 blocks across three matches.

Liaoning fell to seventh in the CBA with a 12-7 record following their Shandong defeat.