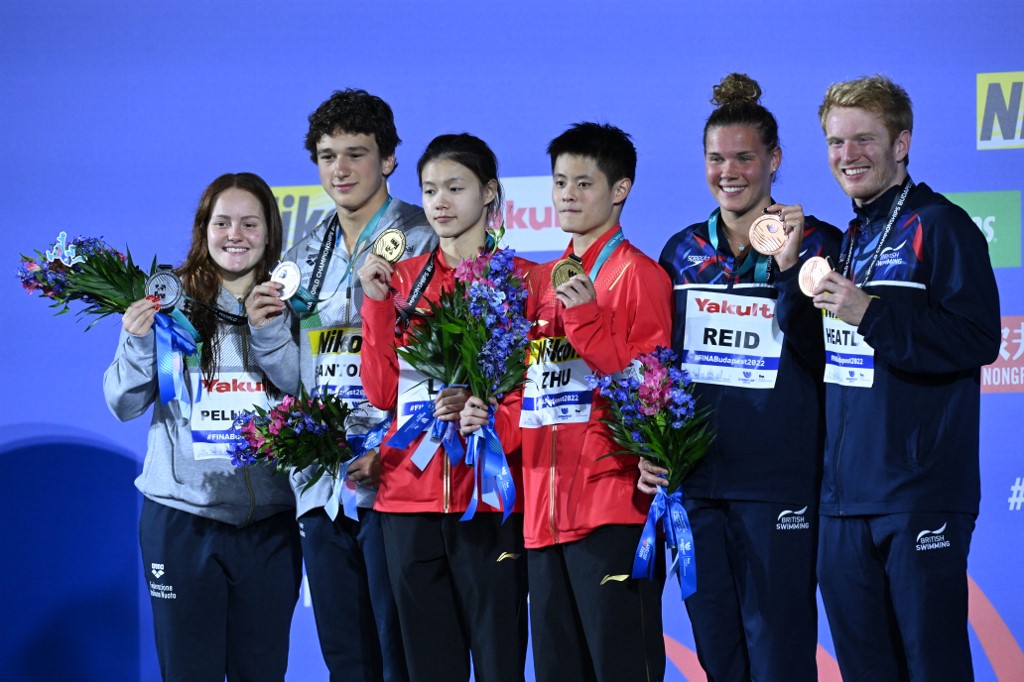 BUDAPEST, June 29 (Xinhua) -- Chinese divers Lin Shan and Zhu Zifeng led in every round in the mixed 3m synchronized event at the FINA World Championships here on Wednesday, winning the seventh diving gold for China in as many events of the tournament. 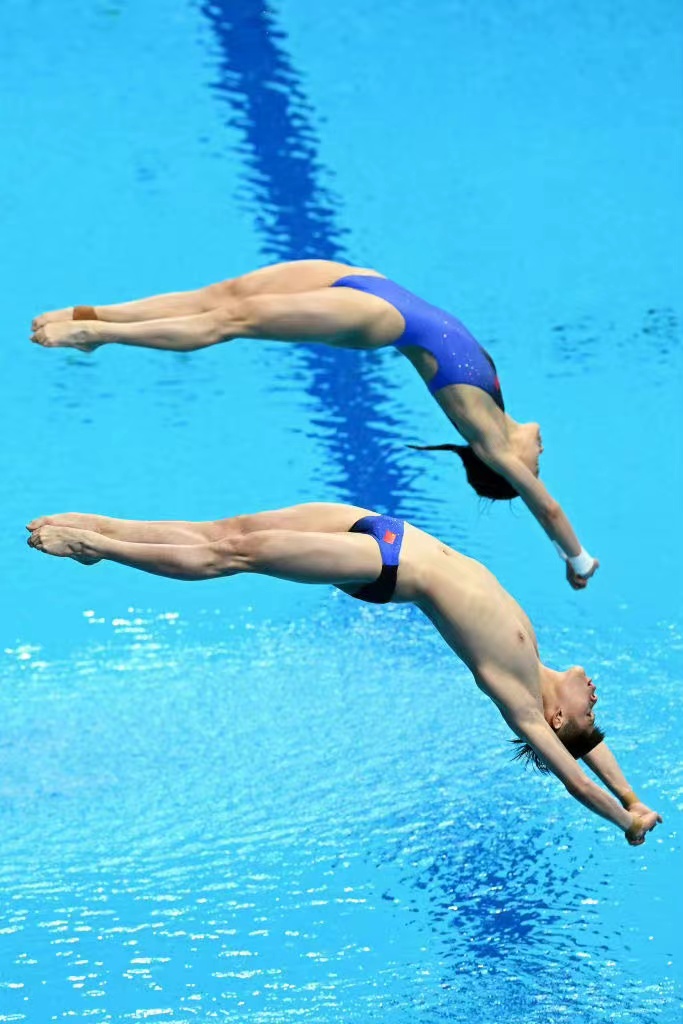 The duo finished with 324.15 points to top the standings, beating second-placed Chiara Pellacani/Matteo Santoro of Italy by 30.60. British pair James Heatly/Grace Reid surpassed Mexican divers in the last round, in which they earned 71.61 points, to clinch the bronze with a total of 287.61.

Earlier on Wednesday, China has won two golds in the women's 1m springboard and mixed 3m and 10m team event.