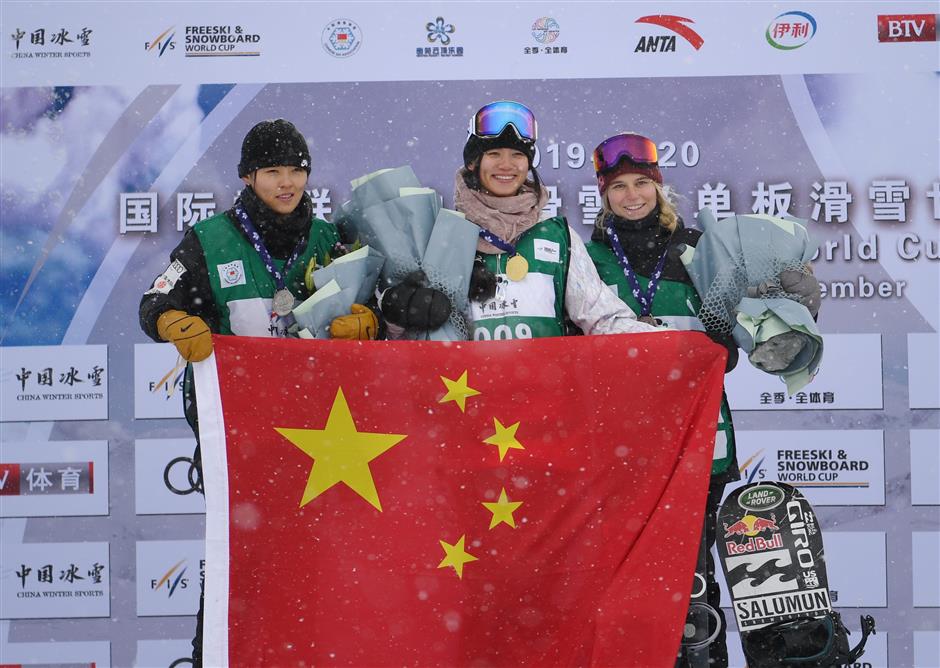 Second place for Cai Xuetong ensured a one-two finish for China in the women's event, despite strong winds and snowfall making life difficult for the participants at the Chongli District Genting Ski Park.

"I'm always lucky in snowy weather," said Liu, who took the lead after the first run with a score of 85.60, before increasing her advantage with a 90.80 in the second run to go 17.20 points clear at the top of the leaderboard.

Cai took second place after a final run of 89.20, but the Chinese team was denied a clean sweep of the medal positions when American Maddie Mastro edged ahead of Wu Shaotong, to the ire of Chinese coach Pekka Koskela.

"Wu should have been third today," he said. "It was a split decision, the judges just saw something that wasn't there."

In the men's competition, Scotty James took victory with 97.80 points, but was pushed all the way by the Japanese duo of Yuto Totsuka and Ruka Hirano, who were second and third, with 95.80 and 92.60 points, respectively.

Zhang Yiwei, the only Chinese snowboarder in the men's finals, retired hurt after making contact with the edge of the halfpipe, though coach Koskela said Zhang was not seriously injured and would return to competition soon.