SPORTS Liverpool back on top

Liverpool back on top 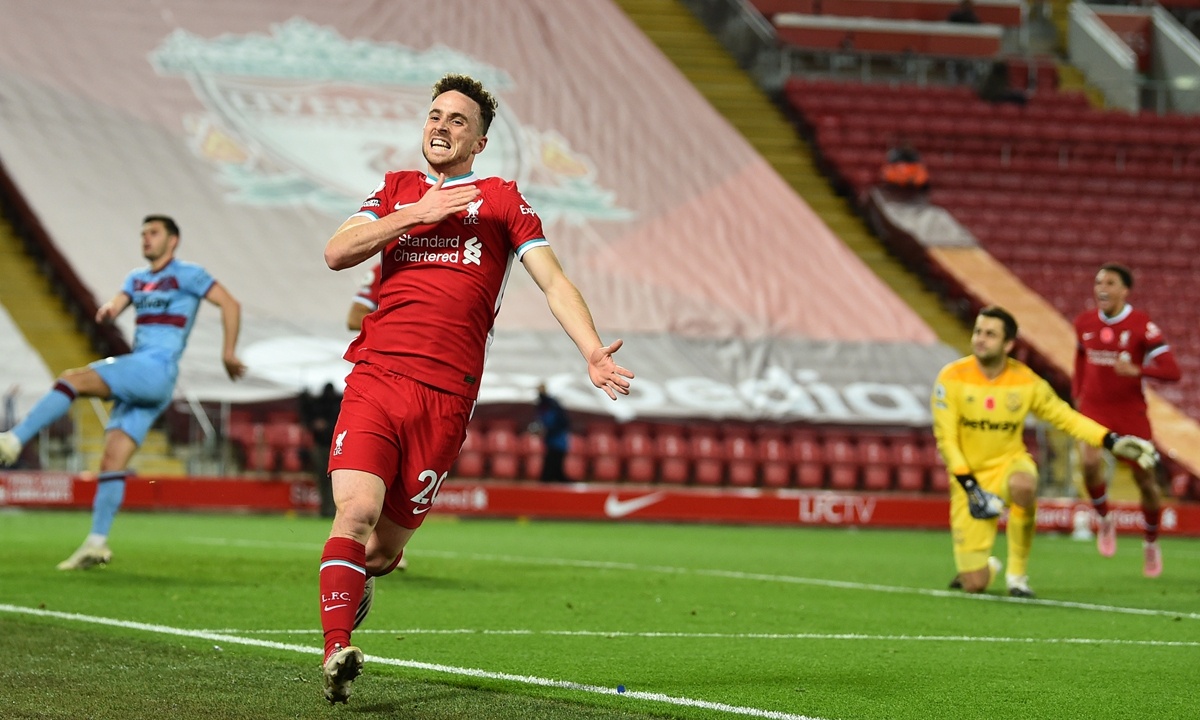 Jurgen Klopp hailed Liverpool's ability to find a way to win after Diogo Jota came off the bench to score the winner five minutes from time to beat West Ham 2-1 on Saturday.

Like so often in their first title-winning campaign for 30 years last season, Liverpool left it late to snatch all three points but their patience and persistence was rewarded at Anfield to move three points clear at the top.

"Football is always about finding the right way, and tonight the boys found it," said Klopp.

"It's so difficult with the number of games we have. Seeing the determination and desire of the boys, the will to play football, to deal with setbacks is really exceptional."

Liverpool again felt the absence of Virgil van Dijk in defense as Pablo Fornals took advantage of a depleted backline to give West Ham the lead on 10 minutes.

Nathaniel Phillips made his league debut for the champions at the heart of the defense with Joel Matip and Fabinho also out injured.

But it was Liverpool's other first-choice center back Joe Gomez who was at fault for the opening goal as his misplaced header went straight to Fornals, whose low shot found the bottom corner via the inside of the post.

Klopp's men have now conceded more goals than any other side in the Premier League this season and travel to Manchester City next weekend in a clash between the two sides that have dominated English football for the past three years.

Yet, Liverpool still top the table thanks to their firepower and ability to react from going behind.

For the third time in seven Premier League games this season they came from a goal down to win.

West Ham had been on an impressive unbeaten run in the league, taking eight points from games against Wolves, Leicester City, Tottenham Hotspur and Manchester City over the past month.

The visitors sat in doggedly to defend their lead, but gave Liverpool a route back into the game three minutes before half-time when Mohamed Salah made the most of Arthur Masuaku's challenge to win a penalty.

"I'm amazed that a penalty was given in the first half. I can't believe that we're allowing those sorts of penalties to be awarded," said Hammers boss David Moyes.

Salah smashed home his 14th consecutive successful spot kick to bring the Reds level and ward off a potential first league defeat at Anfield since April 2017.

Masuaku nearly made amends early in the second-half putting in a low cross for Fornals who could only shoot tamely into the arms of Alisson Becker.

However, the vast majority of the action was still taking place in the West Ham half as Liverpool penned the visitors back.

Klopp turned to Jota and Shaqiri for inspiration off the bench and the changes worked to perfection.

"Obviously I loved the second goal," added Klopp. "It was super play. Shaq's in incredible form at the moment, and Diogo Jota obviously."

Jota thought he had scored the winner earlier as he smashed home a loose ball after Sadio Mane clashed with Lukasz Fabianski and Angelo Ogbonna, but the goal was ruled out for a foul by the Senegalese.

The Portuguese did eventually register his fourth goal in seven Liverpool appearances since joining from Wolves in September as he kept his head with a cool finish from Shaqiri's brilliant pass to open up the mass ranks of West Ham defense.