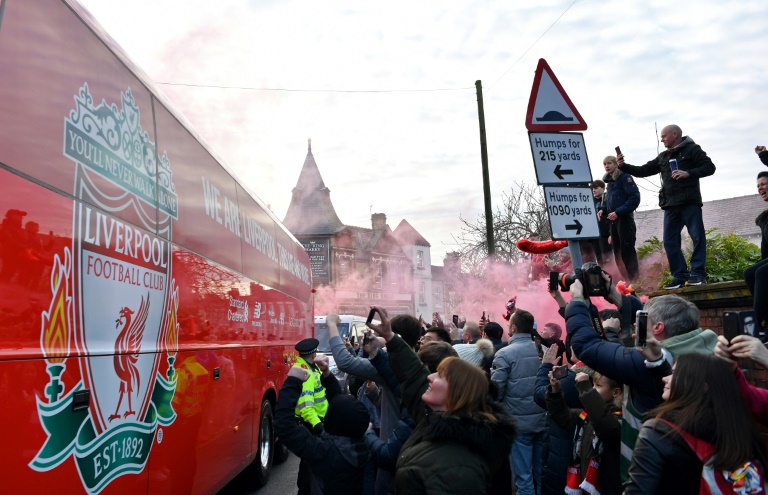 The mayor of Liverpool fears restarting the Premier League could lead to the "farcical" situation of fans congregating in large groups outside Anfield despite the coronavirus crisis.

When the Premier League was postponed on March 13, runaway leaders Liverpool were just two wins from clinching the title.

Premier League chiefs still hope to complete the season but their "Project Restart" plan has come under fire from current and former players, who think it is too soon to resume while the virus is still a major problem.

Matches would be played behind closed doors but Liverpool mayor Joe Anderson said he did not believe that would be enough to stop fans from gathering.

"Even if it was behind closed doors, there would be many thousands of people who would turn up outside Anfield," Anderson told BBC Sport on Thursday.

"There's not many people who would respect what we were saying and stay away from the ground. A lot of people would come to celebrate so I think it's a non-starter."

There have been reports that the remaining 92 Premier League fixtures could be staged at approved neutral venues that are well-positioned to limit the virus spread.

But Anderson is concerned that Anfield would act as a magnet for supporters when Liverpool matches were played, even if the team were elsewhere.

"Even then, I guess that a lot of people would turn up outside Anfield to celebrate and I understand the police's concerns around that, so there's a real difficulty here for us," he said.

"I think it would be really difficult for the police to keep people apart and maintain social distancing if they were going to celebrate outside Anfield. It would be farcical."

Anderson added: "I think the best thing to do is to actually end the season.

"It isn't just about Liverpool -- they've clearly won the league -- they deserve it, they should be crowned league champions.

"The bottom line is, though, this is about health and safety and people's lives."