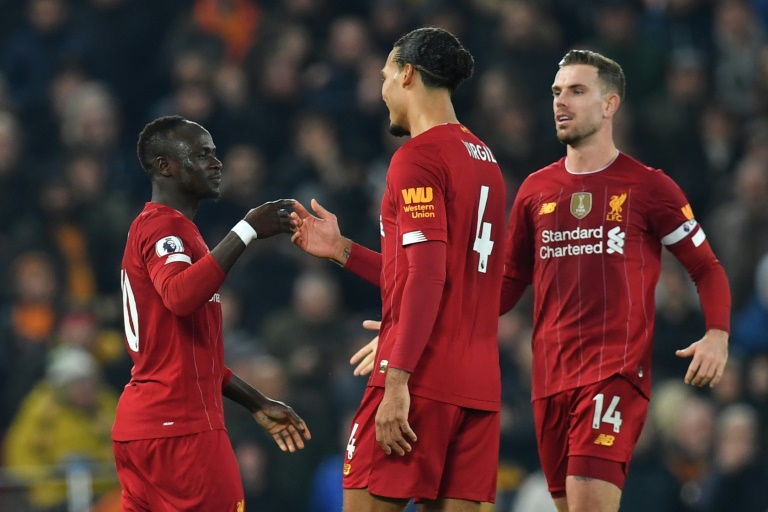 Liverpool manager Jurgen Klopp insists the European champions must build on a "brilliant" 2019 to turn a 13-point lead at the top of the table into a first Premier League title in 30 years.

Klopp's men were not at their flowing best and needed the help of two VAR reviews to continue their relentless march towards the title with a 1-0 win over Wolves on Sunday.

Liverpool has now won 18 of their first 19 league games of the season and lost just once in the calendar year in the league, on top of winning the Champions League, Club World Cup, and UEFA Super Cup.

"We are halfway there, we still have 19 games to play and probably 18 or 19 of them will be like this tonight, for different reasons.

"Who cares about points in December? We just created a basis which we will work with from now on, that’s all."

Wolves were angry even before the VAR controversies as the Premier League Christmas scheduling meant they traveled to Anfield just 45 hours after a thrilling 3-2 win over Manchester City.

In the match, they were left fuming at the two calls that went against them in quick succession towards the end of the first half.

Mane swept home his 14th goal of the season from Lallana's knockdown with his shoulder and referee Anthony Taylor's initial decision was overturned.

However, Wolves were unhappy that another claim for handball against Virgil van Dijk earlier in the movie was not checked.

Wolves' frustration was compounded in first-half stoppage time when Pedro Neto's equaliser was ruled out.

Jonny was adjudged to be offside by the tiniest of margins in the build-up to add to a number of Premier League goals over the past two days ruled out for the most marginal of offside calls.

"Anfield is amazing but they were celebrating a non-goal. It doesn't make sense. The referee should sustain his decision," said Wolves boss Nuno Espirito Santo.

"The VAR referee is miles away taking decisions on a lot of things happening here. Who is inside the game? Who feels the intensity and flow? The referee here."

Nuno was booked among the Wolves protestations, but the Portuguese coach's decision to start with top scorer Raul Jimenez and Adama Traore on the bench meant he had weapons up his sleeve come the second half.

Traore's pace was unleashed on the hour mark and Jimenez followed shortly after, but only after Diogo Jota's fierce strike forced Alisson Becker into a smart save.

The visitors had lost just once in their previous 14 league games to move into contention for a top-four finish and they did not go down without a fight in the final stages.

"If it would be easy to win that number of games a lot more teams would have done it," added Klopp.

"It is not easy and you have to fight with all you have. Sometimes we have more and sometimes less and the boys do that all the time, so I couldn’t be more proud of what they did again. To get that result over the line is just impressive."

Jimenez had the best chance to claim an equaliser, but was denied by a block from Joe Gomez before Joao Moutinho, Romain Saiss, Ruben Vinagre and Traore all fired off target.