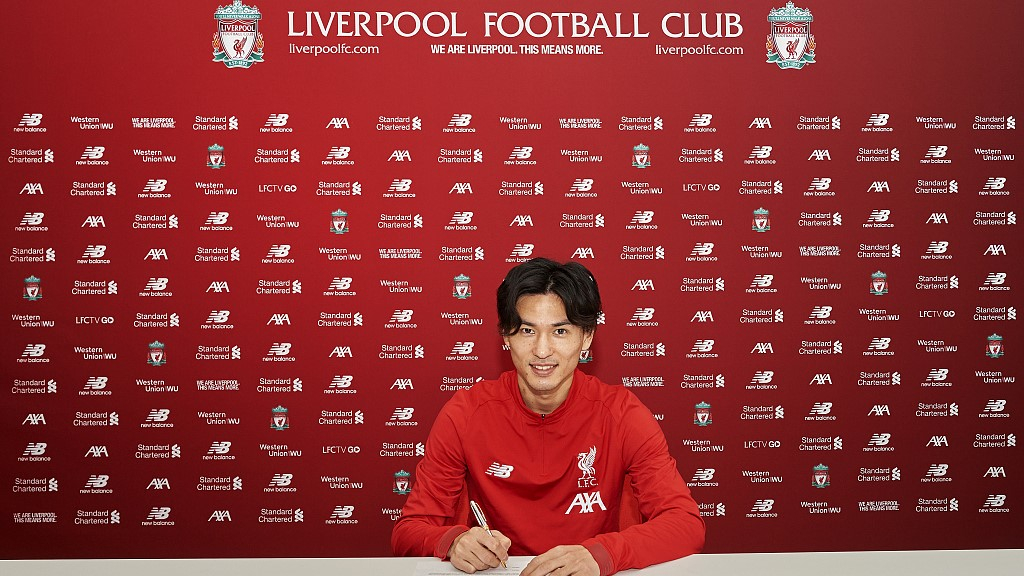 English Premier League side Liverpool have announced their first signing of the winter transfer window with 24-year-old Japanese striker Takumi Minamino due to join from Red Bull Salzburg of the Austrian Bundesliga.

Minamino finalized personal terms of his contract and passed medical test on Wednesday, a day ahead of the official announcement. He will officially become a member of Liverpool from January 1.

According to Reuters, Liverpool paid about 12.9 million U.S. dollars for their first Asian player. 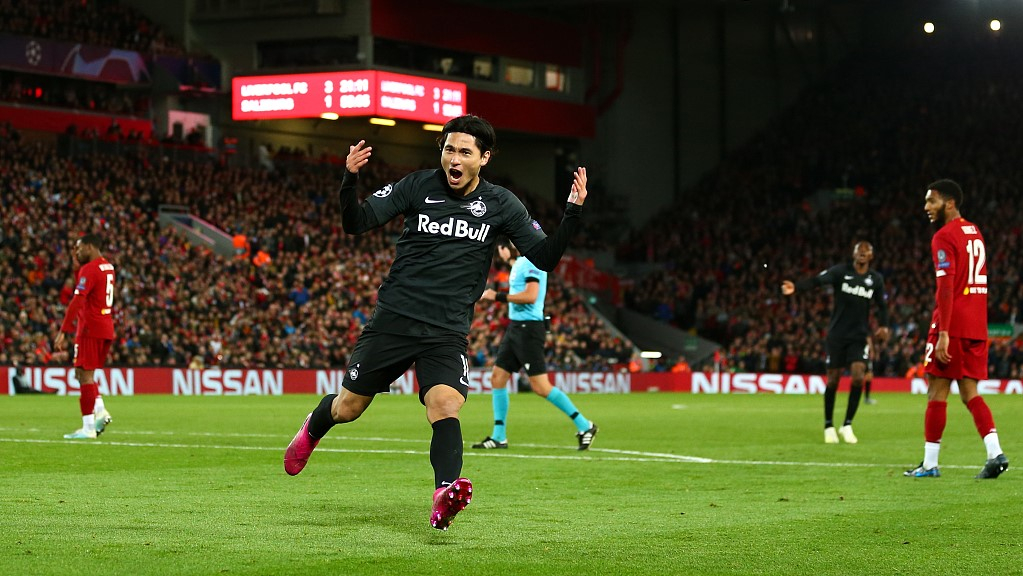 Takumi Minamino (C) of Red Bull Salzburg celebrates after scoring a goal in the UEFA Champions League game against Liverpool at Anfield, October 2, 2019.

Minamino came to Europe from Cerezo Osaka of Japan's J1 League in 2015 and his first stop was Red Bull Salzburg where he scored 64 goals in 189 games.

On October 2, the Austrian club visited Anfield in a group game of the UEFA Champions League. Though Mohamed Salah, Andrew Robertson and Sadio Mane helped the Reds establish a 3-0 lead in 36 minutes, they apparently underestimated the strength of Salzburg. In the next 24 minutes, Minamino and Hwang Hee-chan together had two goals and two assists, tying the score for the Austrian club.

Though Liverpool managed to win the game 4-3 in the end, Minamino impressed the team with his incredible performance. 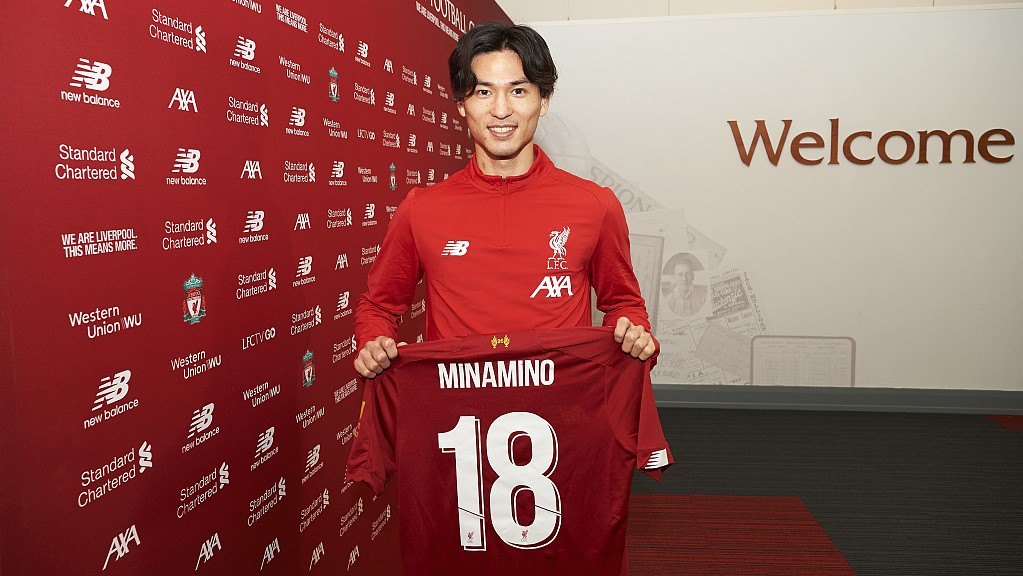 "He was the one, especially at Anfield, who caused us problems. When we went 3-0 up, he started to dictate the game. He started to run at us a wee bit and he got a goal and an assist," said Robertson of Minamino.

"This is fabulous news – a wonderful signing. We are really, really happy about this. Our supporters have had the chance to see him close up recently so I don't need to sing too loudly about his qualities as they are already known," said Jurgen Klopp, manager of Liverpool.

Minamino will be wearing the No. 18 jersey and he is able to play for the Reds in the knockout stage of the Champions League.