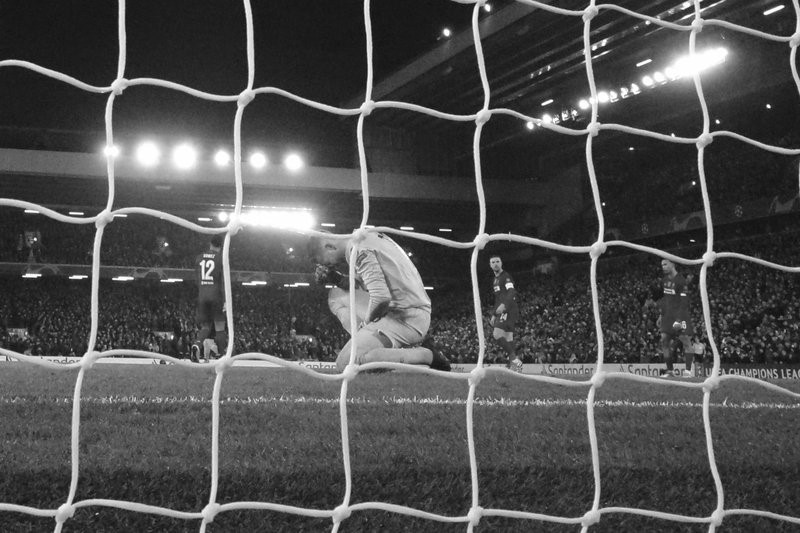 Liverpool's goalkeeper Adrian, bottom, reacts after fails to save the ball as Atletico Madrid's Marcos Llorente scores his side's second goal during a second leg, round of 16, Champions League soccer match between Liverpool and Atletico Madrid at Anfield stadium in Liverpool, England, Wednesday, March 11, 2020. (Photo: AP)

Liverpool has become the latest Premier League club to use a government scheme to furlough some non-playing staff, with the competition having been suspended for almost four weeks due to the coronavirus pandemic.

The announcement came as the Premier League was holding talks on Saturday with clubs, captains and managers to discuss possible wage cuts of 30% for players during the suspension.

Under Britain’s job retention scheme implemented last month as the national coronavirus lockdown was implemented, staff put on furlough can receive 80% of their salaries from the government, up to a maximum of 2,500 pounds ($3,000) a month.

Liverpool said those who are furloughed will still receive 100% of their salaries, with the club topping up their pay “to ensure no member of staff is financially disadvantaged.”

There has been criticism that Premier League clubs, including Tottenham and Newcastle, have used the government scheme while still paying their player's big salaries.

Liverpool, which leads the Premier League by 25 points with nine games remaining, said there was a “collective commitment at senior levels of the club —- on and off the pitch — with everyone working towards a solution that secures jobs.”

It added: “There is ongoing active engagement about the topic of salary deductions during the period matches are not being played to schedule. These discussions are complex and as a result the process is ongoing.”

The Premier League was indefinitely suspended on Friday.