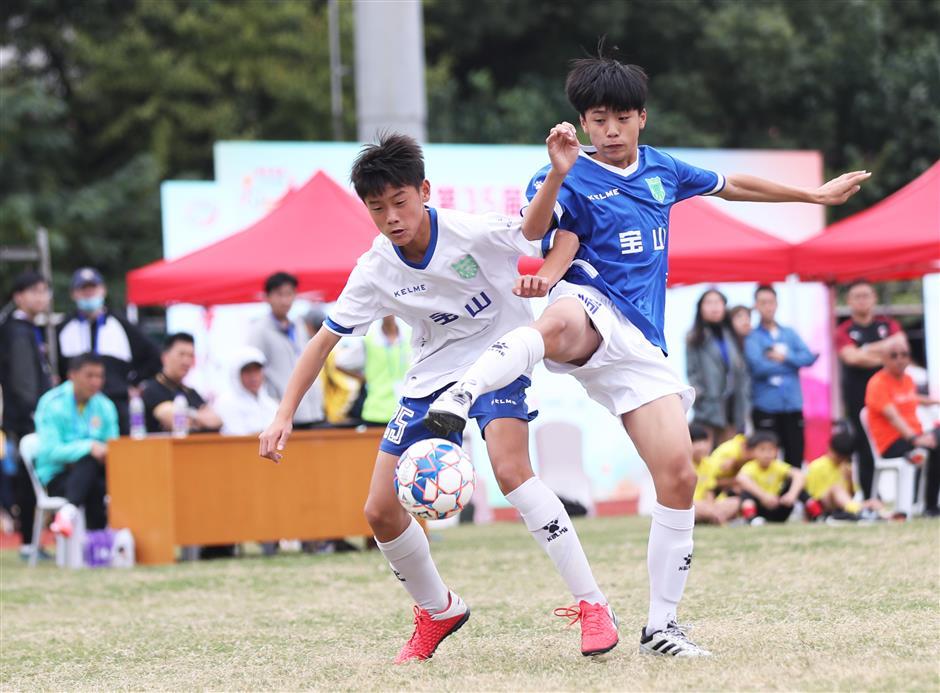 Student players in action during the final of the SIPG-SAIC Xinmin Evening News Student’s Football Tournament at Shanghai Stadium on Sunday.

As the city’s most popular amateur football tournament for middle school and high school students, the 5-on-5 event attracted 323 players representing 32 teams.

Due to the novel coronavirus outbreak, this year’s competition format was tweaked. Teams were paired for single-match knockout all the way to the final. A total of 32 matches were held. The Affiliated School of Shanghai University team from suburban Baoshan District and Big Stone Union team from suburban Jinshan District became the champions of the middle school and high school divisions, respectively.

Fifteen professional referees, including five national-level officials, took control of the matches at the tournament.

As a tradition, the tournament set training sessions for student referees and student reporters, who were given the opportunity to practice their skills under the instruction of professionals.

Shanghai SIPG players Yu Hai, Li Shengong and Lv Wenjun, who are in Suzhou, neighboring Jiangsu Province, for the second phase of the 2020 Chinese Super League season, sent motivational videos to student players before the final to show their support.