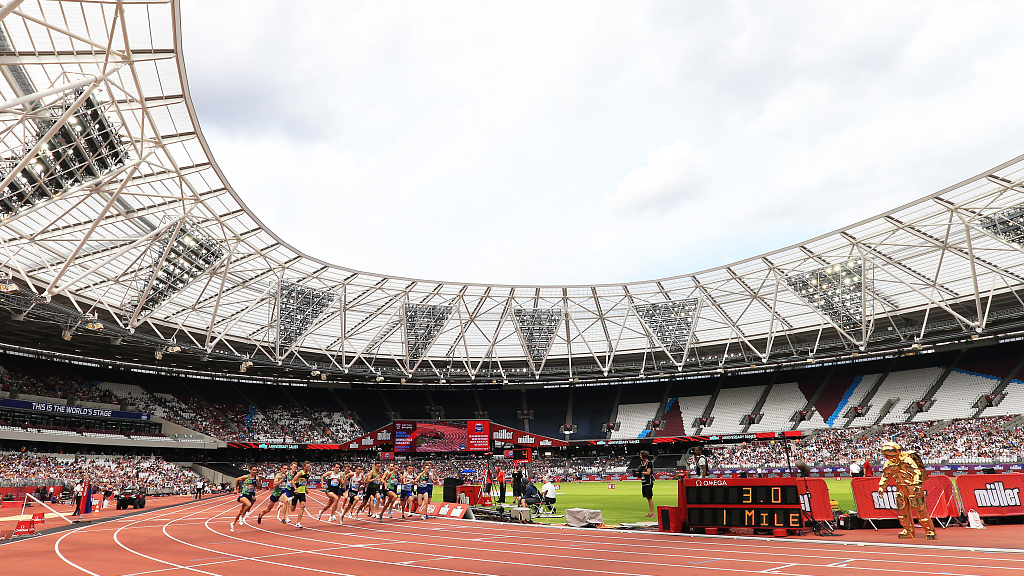 A general view of the Anniversary Games IAAF Diamond League at the London Stadium in the UK, July 21, 2019. (Photo: VCG)

British Athletics confirmed on Tuesday that the London Diamond League meeting scheduled for early July has been cancelled because of the coronavirus pandemic.

The Anniversary Games had been due take place at the London Stadium, which hosted the 2012 Olympics, on July 4-5.

UK Athletics chief Joanna Coates said: "We are hugely disappointed to confirm the cancellation of one of the flagship events of the global athletics calendar…But we must place the safety of the entire athletics family at the forefront of every decision we make during these unprecedented times and ensure we are following government advice."

He also admitted that "canceling the event will have a significant financial impact on UKA and the wider sport. The revenue we generate from events – through ticketing, broadcast and sponsorship helps administer the sport and provide the essential governance services that we, as an NGB, oversee."

The Diamond League season, which had been due to start in Doha on April 17, has already called off meetings in Doha, Stockholm, Rome, Rabat, Eugene, Oslo and Paris due to the pandemic.

Meanwhile, the 2020 golf season, so far on hold, will see its first major get underway on Thursday when South Korea hosts the Korea Ladies Professional Golf Association (KLPGA) Championship.

The tour's first event since December will be played without spectators.

Players such as Kim Sei-young, Park Sung-hyun, Lee Bo Mi, Lee Jeong-eun and defending champion Choi Hye-jin are among the 150 players set to compete with a total of 24.5 million U.S. dollars in prize money on offer.