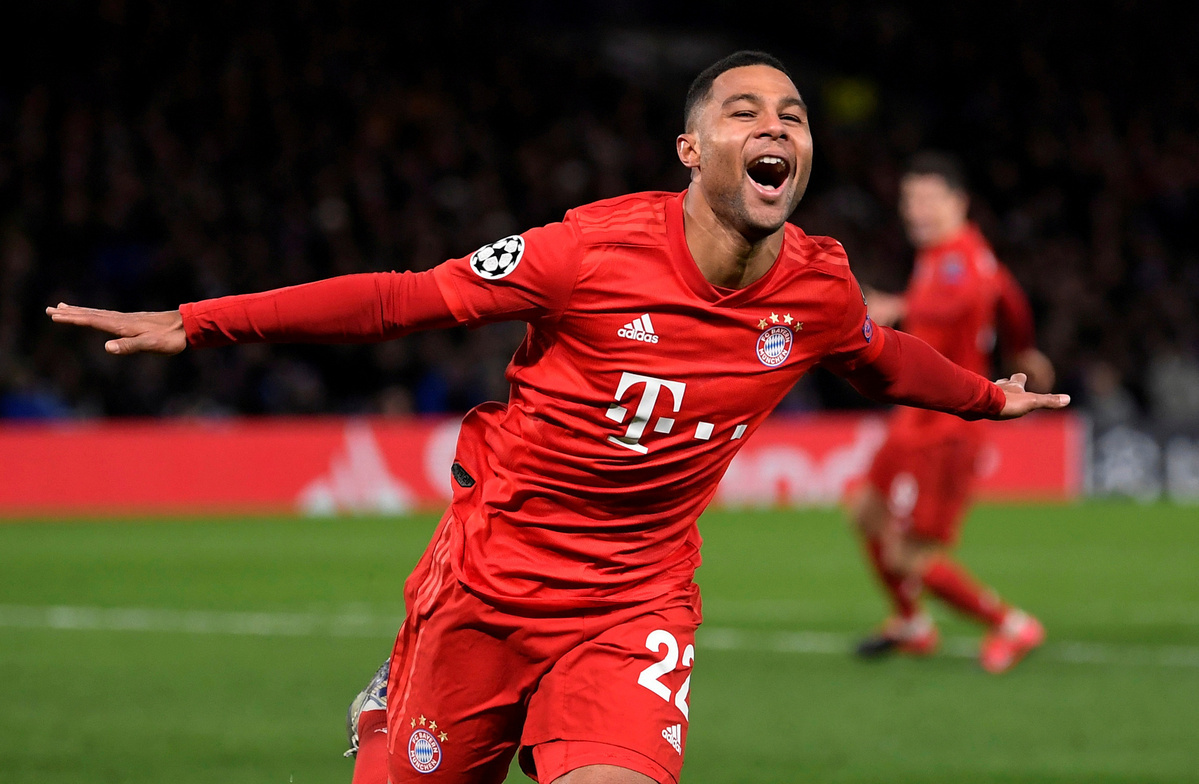 The German international scored two goals in the Bavarians' 3-0 first-leg victory over Premier League side Chelsea in the Champions League round of 16, adding another illustrious chapter to his unusual career.

All of his six goals in 13 appearances in this season's Champions League have come in the English capital.

After turning 16 in 2011, the Stuttgart-born youngster left his family and familiar environment and joined Premier League side Arsenal.

Having spent his formative footballing years in the city, Gnabry has always acknowledged that London is a special place for him and has a place in his heart.

Curious coincidence or not, years later, his special relationship with the city came to light in the shirt of a German club. Newspaper reports tell of his four goals as his side battered Tottenham Hotspur 7-2 earlier this season.

Bayern's hero couldn't hide his pride, stating on a social media channel: "North London is RED", referencing the shirt color not only of Bayern, but also of Tottenham's traditional rivals Arsenal.

On Tuesday, German tabloid Bild wrote: "Gnabry back in London shape!" The entire city is afraid of this man, the paper added, after his brace at Stamford Bridge.

"London is calling," the online portal onefootball commented after Bayern's most recent victory.

Allied to his status as one of Bayern's top performers, Gnabry has also become a favorite of German national coach Joachim Low. "Gnabry is always in our starting eleven," the coach commented, with the forward having scored 13 goals in as many appearances in the country's shirt.

Gnabry's double and a third goal from striker Robert Lewandowski secured the first victory of a German side at Stamford Bridge. The 2013 treble winners' performance might be a reason for the Champions League's favorites such as Barcelona, Liverpool, and Juventus to take note.

Despite the latest Gnabry show, Bayern's rivals might feel relieved to some extent, as the 2020 Champions League final in May isn't played in London, but Istanbul.

Looking ahead to Euro 2020, Gnabry's affinity with London might be bad news for the German national team's rivals, as that tournament's semifinals and final take place in the forward's favored city.