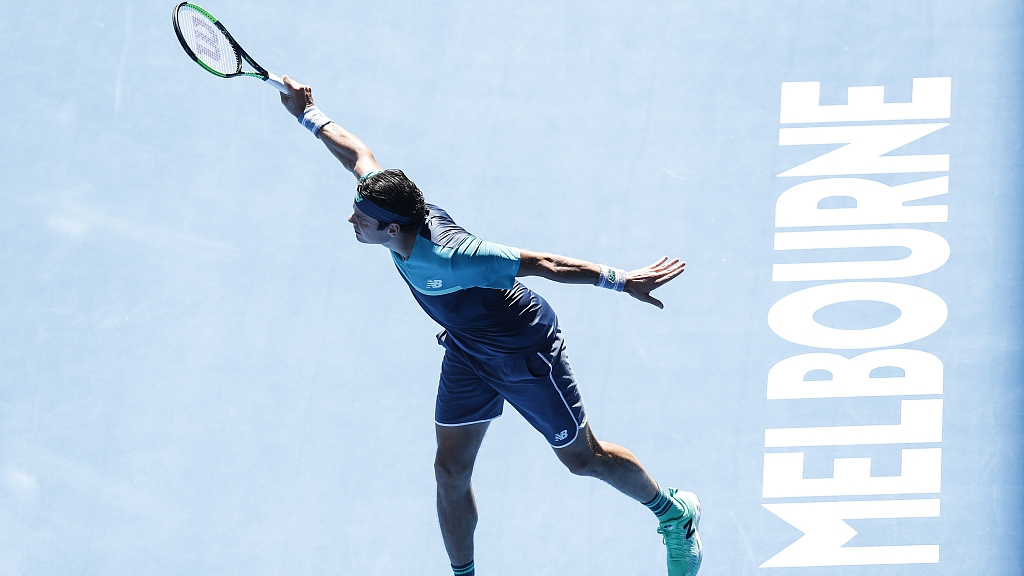 SYDNEY, Nov. 16 (Xinhua) -- Australia's entire summer tennis tournaments could be held in the state of Victoria in 2021, Tennis Australia officials said on Monday.

Media officials from Tennis Australia told Xinhua on Monday they plan to shift events usually held in different cities across the country to Melbourne, the home of the Australian Open, to ensure the world's best players won't miss the season-opening Grand Slam.

Under Tennis Australia's plan, at least five major tournaments, including the ATP Cup, the Brisbane International and events in Adelaide, Hobart and Canberra will be relocated and redesigned.

"The big news is that we are now backing one horse and that is Victoria, because this is where the Australian Open is," Tennis Australia CEO Craig Tiley told Melbourne's Herald Sun newspaper on Monday.

The Australian Open is scheduled to take place at Melbourne Park from January 18 to January 31.

Tennis Australia has yet to finalise the quarantine arrangements, but Tiley told the Herald Sun international players would begin arriving in Melbourne from mid-December and enter a two-week quarantine period. They would be able to train but would be restricted to hotels or tennis courts until they have completed quarantine.

Despite acknowledging the significance, Victorian Premier Daniel Andrews warned the plan outlined by Tennis Australia was not a done deal.

"The public health team needs to sign off on all of these arrangements and they are just not settled," Andrews said on Monday.

"It's an important event, absolutely, but avoiding a third wave is arguably even more important."