Malaysia's Lee says tough for Lin to qualify for Olympics 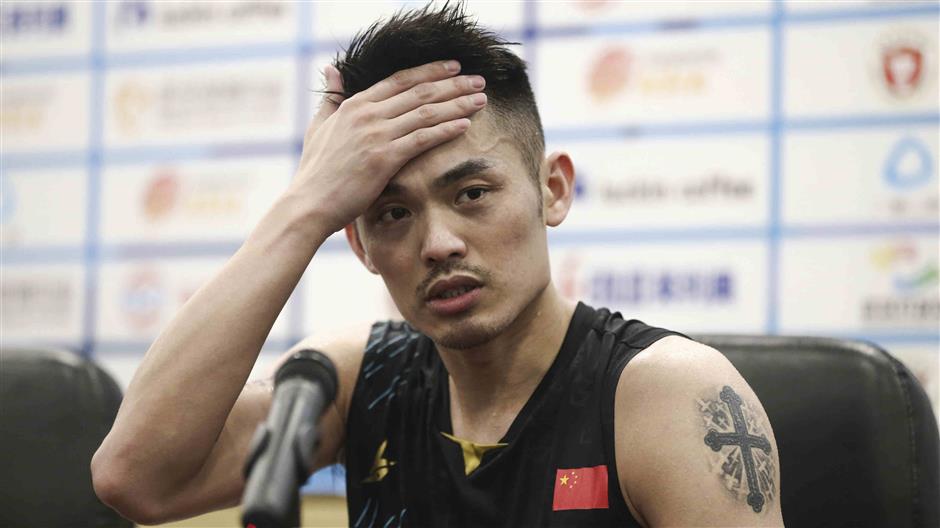 Retired badminton great Lee Chong Wei has said it will be difficult for arch-rival Lin Dan to qualify for the Olympics due to tough competition from younger Chinese players.

China's Lin is hoping to compete in a fifth straight Olympics in Tokyo next year, but he will be 37 when the coronavirus-delayed Games come around.

The two-time Olympic champion is currently ranked just 19th, behind two of his compatriots. A country can only send two players to compete in Olympic singles, provided they are in the top 16.

"I think it will be relatively difficult if (Lin) wants to participate in the Olympics, because only two people from the Chinese team can take part," Malaysia's Lee, 37, told a news website last week.

"If he really wants to take part in the Olympics, he has to be in the top two to go."

"Badminton is about age. When you have grown older, it is really more difficult to compete against younger athletes," he added.

Lin, known as "Super Dan", said recently he has not given up on qualifying for the Olympics.

But China's Chen Long, 31, is ranked fifth while compatriot Shi Yuqi, 24, is ninth, putting them in a stronger position.

Lin won gold at the 2008 and 2012 Olympics — beating nemesis Lee both times in the final — but has faded from his former glories.

Lee and Lin's rivalry is considered the greatest in badminton history and they played each other 40 times over more than a decade.

But Lin, often considered the best ever shuttler, won 28 of their showdowns and Lee retired last year after a cancer battle without triumphing in the Olympic or world championship finals.

Lee also predicted that once Lin retires, the pair — who remain close friends — might join forces for promotional work.

"After he retires, I believe we can still see how we want to work together to promote badminton," the Malaysian said.